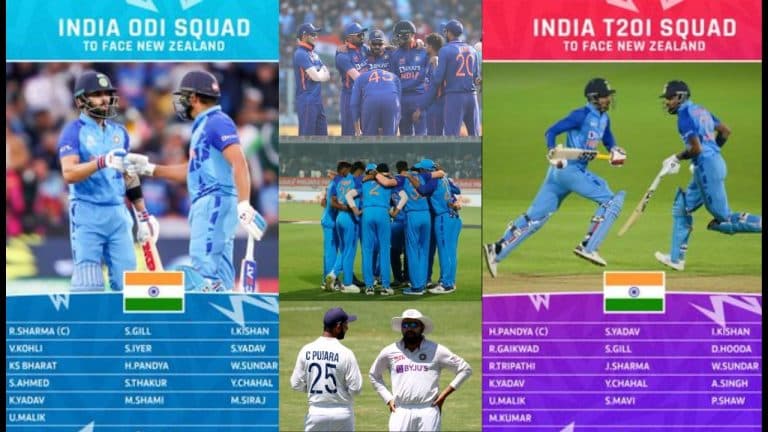 India’s MasterCard announced the squad for the tour of NZ and the first two Tests against AUS. India are missing two key players for the limited-overs series against New Zealand

The Starting next week against New Zealand:-

India has announced strong teams for the limited-overs series against New Zealand starting next week.

The All India Senior Selection Committee has selected the Indian squad for the upcoming MasterCard tour of India to New Zealand consisting of three ODIs and as many T20 matches.

KL Rahul and Axar Patel were unavailable for the New Zealand home series due to family commitments.

The tour will begin in Nagpur on February 9. This will also be the last edition of the Border-Gavaskar Trophy which will be a 4-match Test series.

Ravindra Jadeja’s inclusion in the team will depend on his fitness.