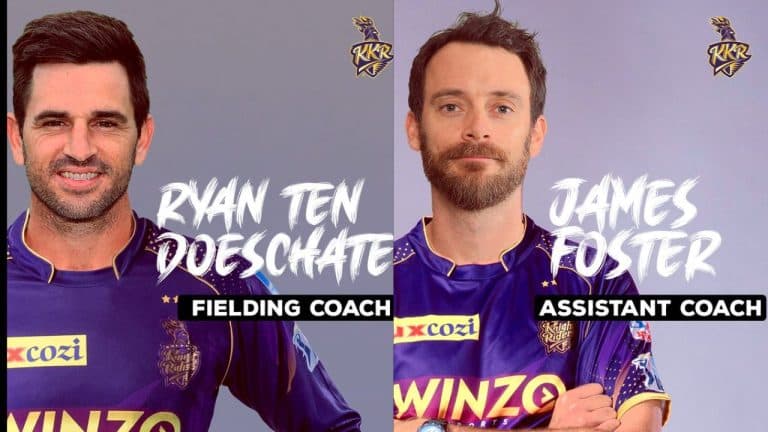 IPL 2023: KKR have promoted James Foster as an assistant coach and Ryan ten Doeschate as the fielding coach of KKR.

He will work closely with head coach Chandrakant Pandit:-

Now he will work closely with head coach Chandrakant Pandit. Also, Ryan Ten Doeschate has been appointed as KKR Fielding Coach in his place.

Also read:- ENGW will Tour The WIW For Three ODIs And Five T20 Internationals From December 4

Speaking about these announcements, KKR CEO Venky Mysore said, “We are delighted that James Foster is ready to take on more responsibility in his new role as Assistant Coach.

In addition, we are very pleased to welcome Tendo back to the KKR family in his role as Fielding Coach, he said in the press release.

The Played an important role as a Player:-

Tendo played a key role as a player from 2011–14 and during this time KKR won two championships.

These two appointments will strengthen the support staff under the leadership of Head Coach Chandu Pandit. KKR have won the IPL title twice and played in the finals thrice.