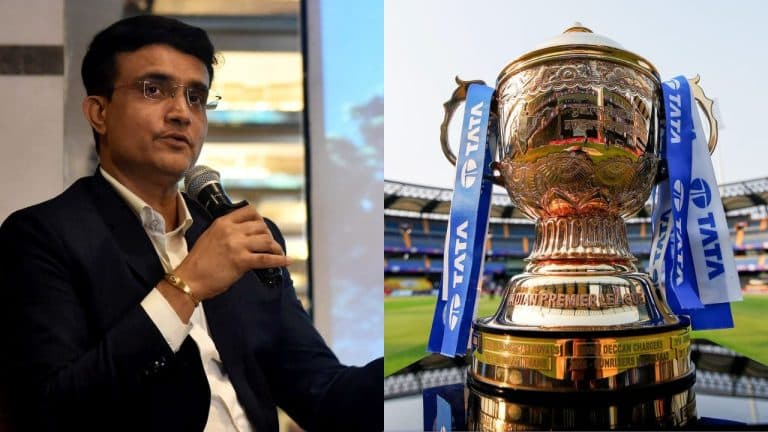 IPL 2023: Sourav Ganguly Confirms That IPL will Return To Its Old Format From Next Year

The Board-Approved units have been informed:-

In which teams used to play matches on their home ground and on the field of the opposing team (IPL Home and Away Format).

The President of the Board of Cricket in India (BCCI), Sourav Ganguly, has informed the board-affiliated entities in this regard.

In the year 2020, due to the outbreak of the Covid-19 epidemic, IPL was organized in some places.

In the year 2020, it was organized in empty stadiums in three venues in the United Arab Emirates in Dubai, Sharjah, and Abu Dhabi.

This T20 tournament is organized in four places in Delhi:-

In the year 2021, this T20 tournament was organized in four venues Delhi, Ahmedabad, Mumbai, and Chennai.

But now the epidemic is under control. And hence this league will be playing in the old format of the home ground and the opposing team’s ground.

In a message sent to the state units, Ganguly said, “The IPL will be conducting in the format of playing matches at home ground. And on the field of the opposing team from next year. All 10 teams will play their home matches at their respective venues.

BCCI is organizing its full domestic season for the first time since 2020 in which teams are playing in the old format of home and opposition ground.

There are also plans to organize women’s IPL:-

Apart from this, the BCCI is also planning to organize the much-awaited women’s IPL early next year.

In a message sent on 20 September, Ganguly said, “The BCCI is currently working on organizing the much-awaited Women’s IPL. Its first session may be holding early next year.

Apart from the women’s IPL, the BCCI is also going to organize a Women’s under-15 one-day tournament.