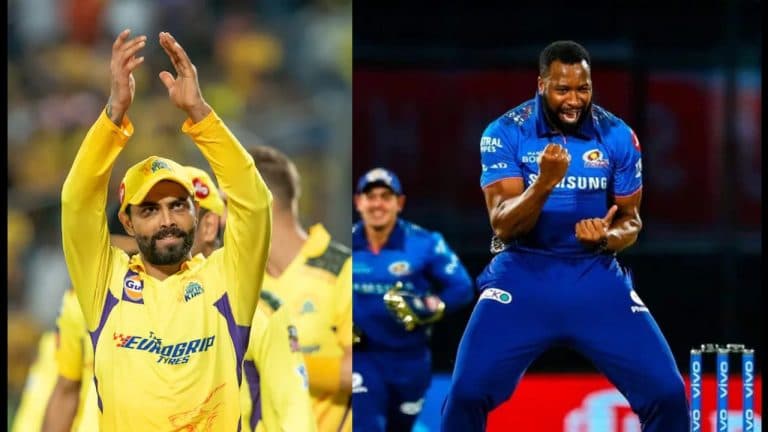 IPL Auction 2023: The List of players retained by Chennai Super Kings and Mumbai Indians. The mini-auction is going to happen this year before the next season of the Indian Premier League, which will take place in December.

Those players have to be named before the auction:-

All the teams have to submit the names of the players they are retaining before the auction.

Mumbai Indians and Chennai Super Kings have submitted the names of their players. While Chennai has expressed confidence in Ravindra Jadeja, Mumbai has left its old player Kieron Pollard.

BCCI has asked all IPL teams to submit their list of retained players by November 15.

According to media reports, Mumbai and CSK have selected their retained and released players and submitted them.

IPL 2023 Mini Auction: According to the report, Mumbai Indians have axed 5 players from their squad, including West Indies veteran Kieron Pollard.

The CSK team captained by MS Dhoni has retained Ravindra Jadeja. After the last edition, it was believed that Jadeja would walk away from the team and play for a new team, but it is not happening.

Read more:-  ENG vs PAK Final 2022: Babar And Jos Buttler Spoke in the Press Conference Before The Match

Last time IPL auction was big, which was conducted over 2 days. This time there will be a mini auction and it is likely that it will be completed in a day.