The Played 85 times in ODI and T20I cricket for Ireland:-

The 26-year-old Garth has played 85 times in ODI and T20I cricket for Ireland but hasn’t represented her country since 2019.

Also read:- The BCB Chief has Doubts Over The Re-Appointment Of Shakib Al Hasan As Test Captain

Relocated to Australia full-time in 2020 after signing a contract with Victoria at WNCL. She has now completed her residency so will be classified as a local player.

Garth was a shining light for the Stars in the WBBL’s disappointing season last year, as their player of the season took 15 wickets, including a remarkable opening spell of 3-3-0-3 against Sydney Thunder and an average of 27.33 with the bat. was.

Garth under the Guidance of coach Jonathan Batty:-

Garth will now be a part of the Stars team under the guidance of new coach Jonathan Batty.

“I am enjoying my time in Melbourne and can’t wait for the next three seasons with the Melbourne Stars,” Garth said.

“I haven’t been home [to Ireland] in over two years, so it’s been great to be back in the off-season.

Looking forward to Putting in a solid block:-

But I look forward to coming back and putting in a solid block of work before the start of the season. Working with Jonathan and the entire coaching team.

“I haven’t had a chance to play in front of my members and fans at home yet, which is exactly what I’m looking for in WBBL08.”

“Her energy on and off the field is infectious and in a short amount of time her impact on the group has been profound,” he said.

Kim has worked very hard on his game over the past few seasons and his improvement with both bat and ball is a credit to that hard work. 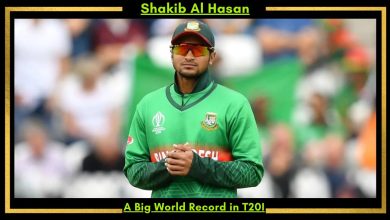