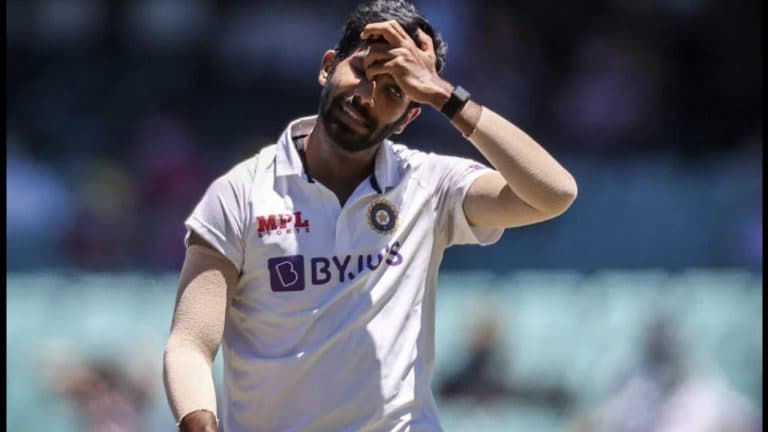 IND vs AUS Test Series: Jasprit Bumrah may not only be out of New Zealand but also out of Test series against Australia. Nothing is going right with Jasprit Bumrah.

He has been dropped from the team:-

Bumrah was recently included in the squad for the ODI series against Sri Lanka (IND VS SL Live) but now he has been dropped from the team.

Not only this, Bumrah may not be selected in the team for the upcoming four-match Test series against Australia.

A top BCCI official told InsideSport that Bumrah (Jasprit Bumrah Injury) will not be selected in the team for the 3-match ODI and 3-match T20I series against New Zealand.

BCCI sources told InsideSport that Bumrah will not be selected for the ODI and T20I series against New Zealand. A decision on whether he can play all four Tests of the Border-Gavaskar Trophy will be taken later this month.

At the same time, a top BCCI official also told that, ‘His name will not be considered for the New Zealand series. He will further work on his rehab.

At this point in time, we cannot say whether he will be ready for the Australia Test series. Still a few weeks to go, let’s see how things pan out for him.”

What happened to Bumrah in NASC?

Both the BCCI and skipper Rohit Sharma have admitted that Bumrah is again struggling after two back-to-back practice sessions at the NCA. He started feeling stiffness in his back.

Bumrah was planning for Bumrah to undergo a match-simulation workload at the NCA before making his international comeback.

He Passed the fitness test in Bangalore.

However, when he took a similar assignment for two consecutive days in Mumbai, he felt the stiffness in his side.

Bumrah is now set for rest and rehabilitation with a view to joining India’s preparatory camp for the Border-Gavaskar Trophy against Australia, starting February 1.

He will almost certainly miss the ODI and T20I series against New Zealand starting January 18.