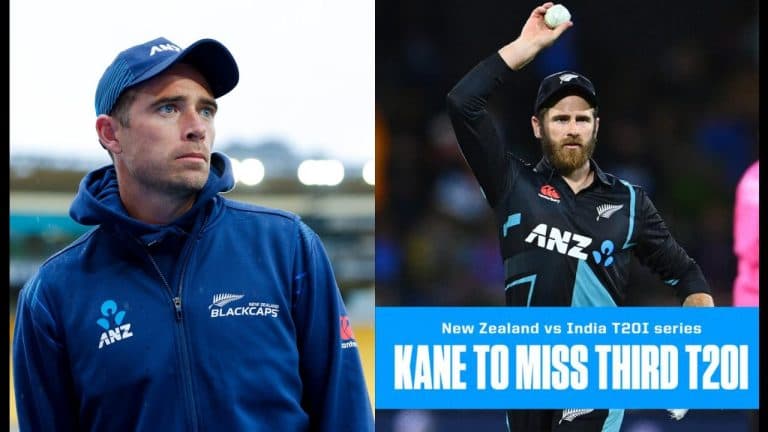 Kane Williamson is To Miss the 3rd T20I Against India Due To Medical Appointment. New Zealand have got shock with this news ahead of their third and final T20 International against India on Tuesday.

The skipper will skip the series decider in Napier on Tuesday:-

Captain and star batsman Kane Williamson will miss the match to attend a medical appointment.

Also read:- Dinesh Karthik’s shocking revelation, Chahal had to spend the entire World Cup on the bench because of this

Williamson scored a stylish 61 for New Zealand during the Black Caps’ 65-run defeat at Mount Maunganui on Sunday, but the inspirational skipper will skip the series decider in Napier on Tuesday.

Called in the team in place of New Zealand captain:-

Veteran bowler Tim Southee will captain the Kiwis in Williamson’s absence, while left-handed batsman Mark Chapman has been named in place of the New Zealand skipper.

New Zealand coach Gary Stead insisted Williamson’s medical appointment had nothing to do with his elbow problem and the 32-year-old will rejoin the team ahead of the ODI series starting in Auckland on Friday.

We look forward to seeing him in Auckland:-

“Kane had been trying to book this for some time, but unfortunately it didn’t fit into our schedule.” Steed said.

“The health and well-being of our players and staff is paramount, and we look forward to seeing him in Auckland.”

India’s emphatic win on Sunday has given the Asian side a 1-0 lead in the three-match series, with New Zealand needing a win on Tuesday to avoid a series defeat after the first game was abandoned due to wet weather.