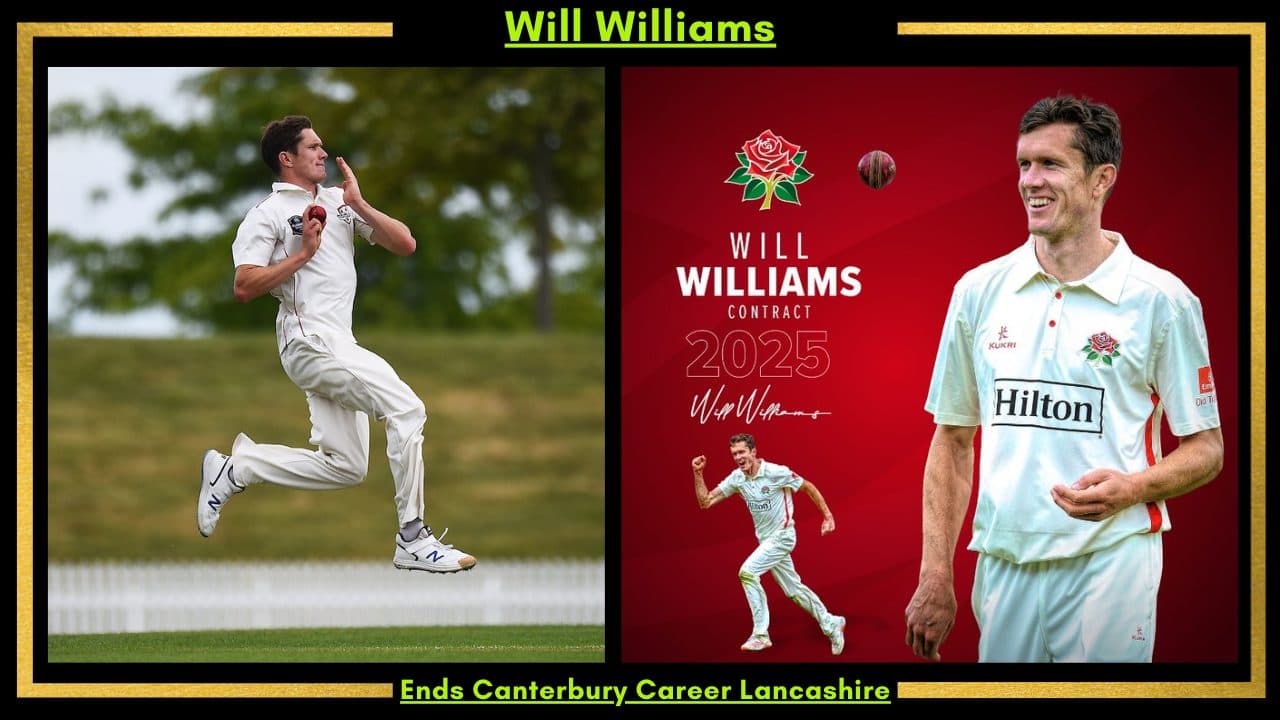 Will Williams ends his Canterbury career to sign up with Lancashire New Zealand’s Will Williams, who has played domestic cricket for Canterbury for the past decade, will serve as a local player for the next three-and-a-half years with the use of his British passport. have joined.

The Registered as a non-foreign player:-

Williams joined Lancashire on a short-term overseas deal last month, but is now registered as a non-overseas player across all formats, and is available with immediate effect. The move effectively ended his Canterbury career.

Also read:- Shikhar Dhawan has been Named As India’s Captain For The ODI Series Against West Indies

Williams has a remarkable record in his first-class career, having taken 123 wickets in the right-arm medium-pacer in 23.15, and has also taken 81 wickets in the white-ball formats.

“It was a big life decision to use my British heritage to take local player status and give up my ability to play back in New Zealand,” Williams said.

“However, I felt it was an incredible opportunity to learn and develop my game. I want to thank the club – in particular, Mark Chilton [director of cricket] and Glenn Chappell [coach] – for making this happen.

“The boys have already made me feel at home here and I look forward to playing at Emirates Old Trafford for the first time in front of my members and supporters and helping this great club challenge for the trophy again.”

He has a British Passport:-

Chilton said Williams had been identified as a potential overseas player last winter before the club learned he had a British passport and was “on the option” of moving to the UK to play as a local player. was thinking”.

“Due to injuries and international selection. We needed a fast bowler on short notice for the County Championship matches last month,” said Chilton.

“Following Will’s performance in those matches, and following talks with him. We have made the decision to convert our short-term overseas contract to a local player contract.

“It’s an exciting opportunity for us and for Will. And he’s already a really good cricketer at the club. And we look forward to developing with us over the course of the next three-and-a-half seasons.”