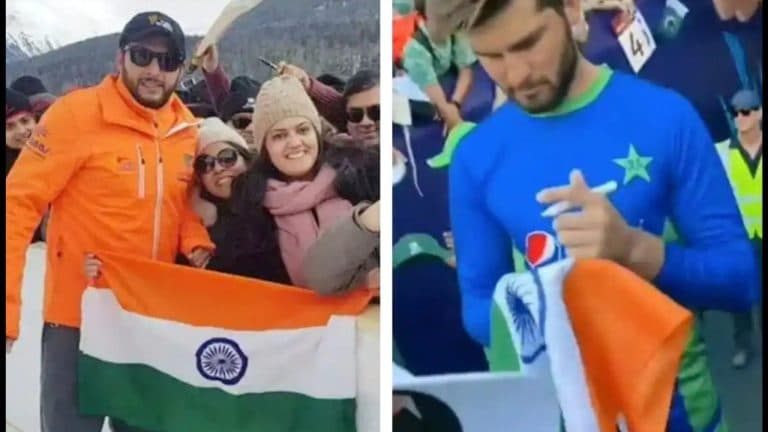 During this, a photo is going viral, in which Shaheen Shah Afridi is standing holding the Indian flag and giving autographs on it.

Shaheen Shah Afridi’s photo is going viral, in which he is standing holding the Indian flag and has a marker in his hand for an autograph. This photo is from the T20 World Cup semi-final match being held in Australia.

An Indian fan asked him for his autograph:-

Indian fans asked him for an autograph, he had an Indian flag in his hand, then Shaheen gave him an autograph.

Earlier in another tournament, a similar photo of his father-in-law and former Pakistani captain Shahid Afridi also went viral, in which he was seen holding the Indian flag.

NZ vs PAK Semi Final: Pakistan and India have reached the semi-finals, and if both the teams win their respective semi-finals, then the biggest match of cricket can be seen in India Pakistan final.