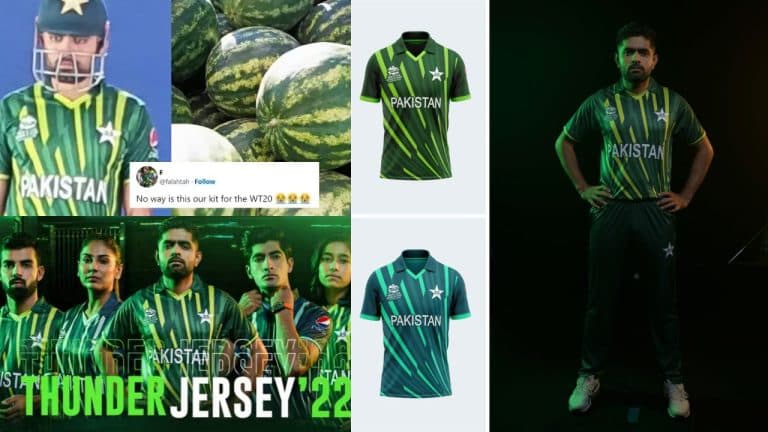 Controversy over team selection has not stopped Yet:-

Pakistan has announced its team for the upcoming T20 World Cup 2022. At the same time, the controversy regarding the team selection did not stop one more thing has come to the fore.

Fans are making fun of the new jersey of the Pakistan team launched for the World Cup. Looking at the color and shades of the jersey, many fans feel that it is like a watermelon.

Significantly, fans are making fun of it on social media as soon as the jersey is leaked. At the same time, a fan posted a photo of watermelon with a Pak jersey on Twitter.

Actually, after seeing the jersey of the Pakistan team, the fans believe that it is like a watermelon peel.

The previous jersey was in navy blue shades. India had a similar jersey during the inaugural edition of the T20 World Cup in 2007. Apart from the men’s team, the women’s team will also wear this jersey for their upcoming matches.

Pakistan’s squad for the World Cup:-