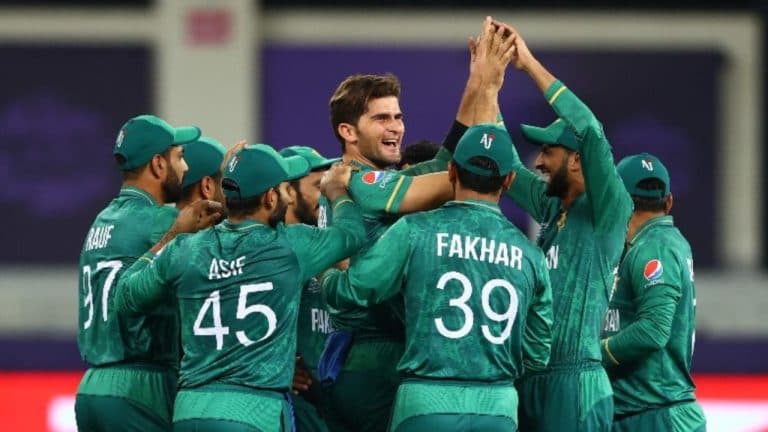 PAK T20 WC 2022: Shaheen’s Return To Pakistan T20 WC Squad And Fakhar Zaman Kept in Reserve. The ace, Afridi, is set to return from injury during the ICC Men’s T20 World Cup 2022 in Australia as Pakistan named their 15-man squad for the tournament.

He suffered an injury while fielding during the first Test:-

Afridi was ruled out of the Asia Cup after being advised 4-6 weeks of rest by the medical team following a right knee ligament injury.

He sustained the injury while fielding during the first Test against Sri Lanka in Galle in July.

The squad also had Shan Masood, who is yet to play in one T20I, while Haider Ali was recalled after playing for the last time in the format in December 2021.

PAK T20 WC 2022: However, flaming batsman Fakhar Zaman has been kept in reserve after suffering a knee injury and despite a lot of buzzes, veteran Shoaib Malik was also not taken back.

Masood has been called to play T20 for the first time due to his good form in the T20 Blast in England. He has played for Pakistan in Tests and ODIs, last representing them in the longest format in 2021.

This left-handed batsman has played seven T20 matches this year:-

Haider Ali comes in for Fakhar Zaman, who remains in reserve despite his poor 2022 performance with the bat. The left-handed batsman has played seven T20Is this year, with a total of 96 runs and an average of 13.71.

Haider has played 21 T20Is for Pakistan, the last of them in December 2021. He has scored three fifties in the format and averages 23.88.

Chief selector Mohammad Wasim said, “We have a team that can do well in the ICC Men’s T20 World Cup 2022.”

Invested in these cricketers:-

PAK T20 WC 2022: “That is why we have shown confidence and confidence in almost the same players who have been part of the T20I squad after the 2021 World Cup in UAE.

“These players have done well since November 2021 and that is why we have won nine of our last 13 T20Is. We have invested in these cricketers.

It is fitting for them to get a chance to showcase their skills at the World Cup, an event for which they are preparing and training hard.

“We needed to ensure consistency and support to these players, and that is exactly what we have done.

Getting encouraging reports about Afridi:-

We are getting encouraging reports about Shaheen Shah Afridi, who is likely to start bowling early next month.

The same team will also play a tri-series in New Zealand before the T20 World Cup, which also includes Bangladesh.

Fakhar Zaman, Mohammad Haris, and Shahnawaz Dahani have been designated as three travel reserves. The same team, without Shaheen Afridi and Fakhar Zaman, will play in the seven-match T20I series against England.