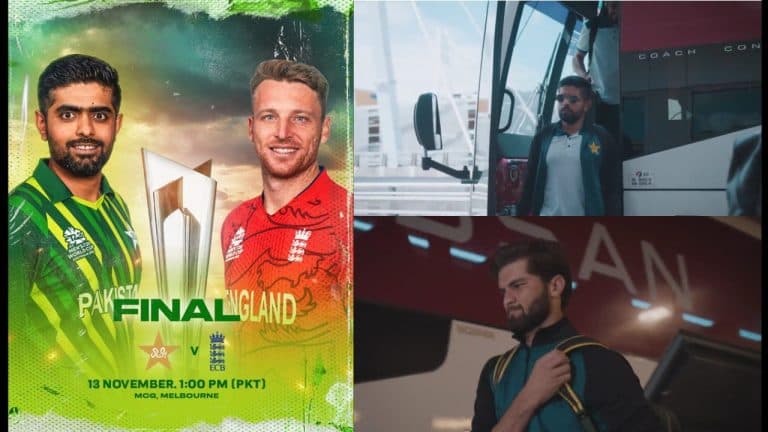 Pakistan performed brilliantly in this match:-

At the same time, Pakistan performed brilliantly in this match and won the final against New Zealand by 7 wickets.

The final match of the tournament will be played on Sunday, November 13 at Melbourne Cricket Ground at 1:30 pm.

At the same time, the Pakistan team, captained by Babar Azam, has reached Melbourne for this match.

The video of Pakistan reaching Melbourne has been shared by the Pakistan Cricket Board on its Twitter account. In which the fans of Pakistan are also seen shouting slogans of Zindabad as soon as they reach Melbourne.

The match will be played at the MCG. The pitch here is beneficial for batting. There are long boundaries on either side of the wicket. The spinners will enjoy bowling as the batsmen can hit long boundaries.