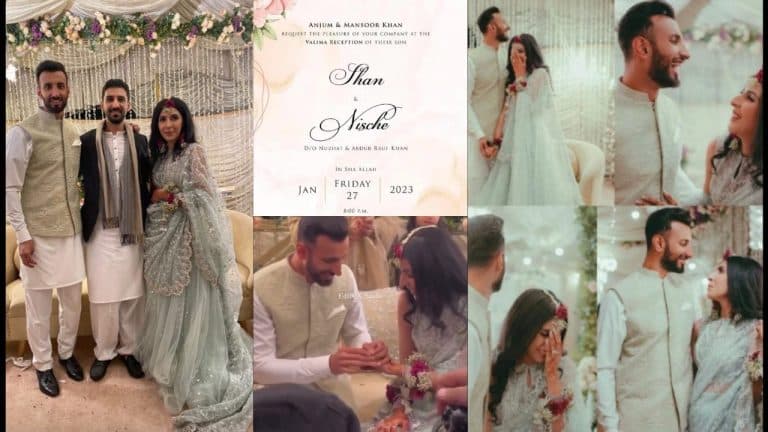 Shan Masood’s Wife: Pakistan Cricketer Shan Masood And His Fiancee Nishe Khan Tied in The Door Of Engagement. Masood is handling the middle order for his team.

Captain Babar Azam has won the hearts of the selectors:-

He won the hearts of captain Babar Azam and the selectors with his brilliant performance, after which he was given the responsibility of vice-captaincy against New Zealand.

At the same time, recently a video of his engagement (Shan Masood Engagement) is becoming quite viral.

It is seen in this video that Shaan and his fiancee Nishe Khan are wearing rings to each other (Shan Masood’s Wife).

Pak cricketer Shan Masood while talking to Pakistani news channel Geo News told that “I am marrying the girl of my choice.

My future wife is also a very good friend of mine. I and Nisha Khan met in Lahore”.

Apart from this, he also said that “my character has changed a lot since his arrival”.

This engagement video of Nisha Khan is quite viral on social media:-

This engagement video of Pak cricketer and his fiancee Nishe Khan is going viral on social media. Both are looking happy in this video.

Apart from this, it is seen in the video that people and friends very close to him are involving in this engagement. Both are wearing rings to each other. At the same time, people are also congratulating Shaan for his marriage.

However, the wedding card of Pak cricketer Shan Masood and Nisha Khan is also going viral. In which the date of marriage of both of them is writing on Friday, 27th January.

It is believing that they may get married on January 27 this month. At the same time, before marriage, both of them have worn rings on each other and either a party has been organized before marriage.