Ranji trophy 2022, Bengal vs Jharkhand: The quarter-final matches of the Ranji Trophy are being played and the Bengal team’s performance has been seen here. Playing against Jharkhand, the team declared the innings at 773 for 7 on the third day of the match. After winning the toss, Jharkhand team decided to bowl first which backfired and Bengal’s batsmen changed the history of Ranji Trophy.

Also Read:- IND vs SA T20: These 3 best friends will be in front of each other in T20 series, IPL friendship may break

Bengal vs Jharkhand: After losing the toss to bat, Bengal’s team made a tremendous start :-

Electing to bat after losing the toss, the Bengal team made a tremendous start and captain Abhimanyu Easwaran and Abhishek Raman put on 132 runs for the first wicket.

Both laid the foundation of the team’s big score and all the batsmen who came on the field ahead, playing one innings more than the other, took the team to 773 runs.

The special thing about this innings was that every player who came out to bat got at least fifty runs from the bat. For the first time in the history of the tournament, the top eight batsmen crossed the fifty-mark.

Bengal created history, became the first team in the tournament to do so :-

This is the first time in the history of the tournament that the top eight batsmen have scored fifty or more. A total of 9 batsmen came on the field against Jharkhand from Bengal, out of which 7 scored half-centuries and the remaining two scored centuries.

In this, Akash, while playing a blazing innings, made his fifty in just 18 balls, hitting 8 sixes.

PAK vs WI ODIs: Captain Nicholas Pooran On Scorching Heat in Pakistan: "I Think We will be Fine"

Jasprit Bumrah became India’s ‘Man of the Series’, gave this statement as captain after defeat

After defeating India, England captain Ben Stokes referred to the ‘horror’ of a few weeks ago

England chased the target in a memorable way, so many records were broken 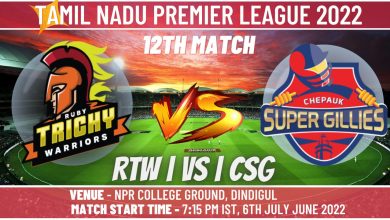