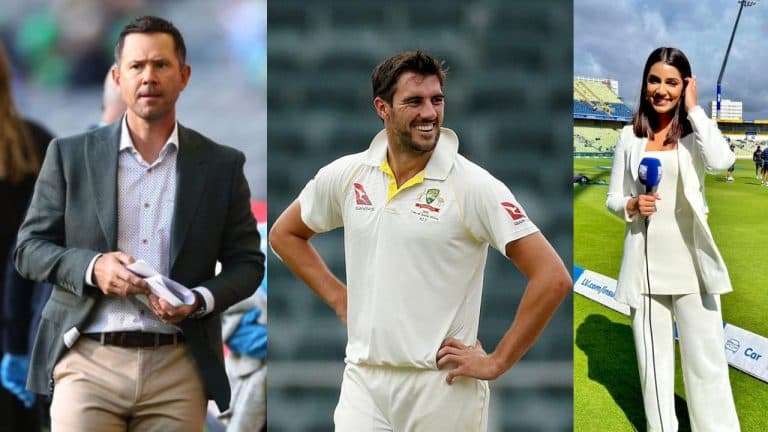 Ricky Ponting Reveals His Choice For Australia’s Next ODI Captain

Finch announced his retirement from ODIs during Australia’s recent home series against New Zealand, less than a year before the start of the 2023 ICC Men’s Cricket World Cup in India.

This means Australia must move quickly to decide who will take the captaincy reins from Finch and Ponting is confident he knows who Australia will be calling for next year’s event in the subcontinent.

“I think it would be Pat Cummins, to be honest,” Ponting told host Sanjana Ganesan on the ICC review.

“I know he doesn’t play all ODIs for obvious reasons, because his workload in Test cricket, like all fast bowlers, has been very high over the years.

“I know they are very conscious to make sure they have Cummins, (Josh) Hazlewood, and (Mitchell) Starc 100 percent fit and healthy for the big Test series.

“But look, I’d be surprised if Pat Cummins wasn’t there”:-

The leadership ban Cricket Australia slapped on Steve Smith and David Warner for their parts in the 2018 ball-tampering controversy throws an extra spanner in the works, both are likely to be clear candidates, should their ban be lifted.

Ponting pointed to Smith’s current role as Test vice-captain as a relevant precedent that has already been set.

He believes Australia should be given a restricted pair for any future situation. Should be considered.

“I based on what happened to Steve Smith – he is now Test vice-captain again, has been the captain, and is really at the center of the whole controversy in Cape Town,” Ponting said.

Apparently No. 3 in Test Cricket:-

“There will be Josh Phillippe, there will be other people who will talk about batting. It can be anyone who is actually on the team right now.

“Marnus Labuschagne could do a good job opening the batting as well. Obviously No. 3 in Test cricket, he’s used to facing the new red ball. Which is often a bit more than the white ball.

“So it could be as simple as flipping him at the top of the order and they still got Warner. Then they got the left-hand-right-hand combination I was talking about.

Read more:- IND vs AUS T20Is: Mohammed Shami has been Ruled Out Of The T20I Series Due To COVID-19

“When Mitchell Marsh comes back to that No. 3 spot, maybe Steve Smith can replace Labuschagne at No. 4 and all of a sudden, he thinks he has a good line-up.”