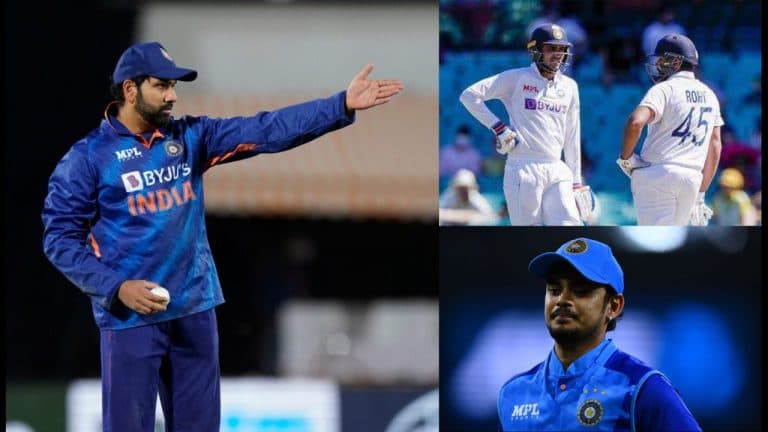 Rohit said in the Press – Shubman Gill will be Rohit Sharma’s opening partner in the first ODI. Ishaan Kishan does not get a chance even after a double century. Sharma has revealed that he has no intention of quitting T20 cricket.

Ishan missed the chance to make it to the team:-

This news goes against the thinking of the selectors. On the other hand, Ishan Kishan missed out on a chance to break into the team along with youngster Shubman Gill.

Also read:- Mitchell Starc Unlikely To Be Fit For First Test Of Australia Tour Against India

Shubman Gill is going to open for India (India Playing XI vs SL) against Sri Lanka. Meanwhile, fast bowler Jasprit Bumrah experienced stiffness while bowling at the National Cricket Academy and has been ruled out of the ODI series against Sri Lanka.

Amidst the resumption of T20, Rohit Sharma said, ‘I have not left T20 cricket’
Rohit confirms that we will not be able to feed Ishaan Kishan. We have to give Gill fair chances.

Rohit Sharma announced in the press conference that he has not given up on the shortest format of the game. However, this is completely opposite to the thinking of the national team selectors.

Keeping in mind the change in T20 format, the selectors are keen to give chances to youngsters keeping the 2024 T20 World Cup in mind.

Read more:-  Jess Jonassen is Excited To Have Captain Meg Lanning Back in The Squad