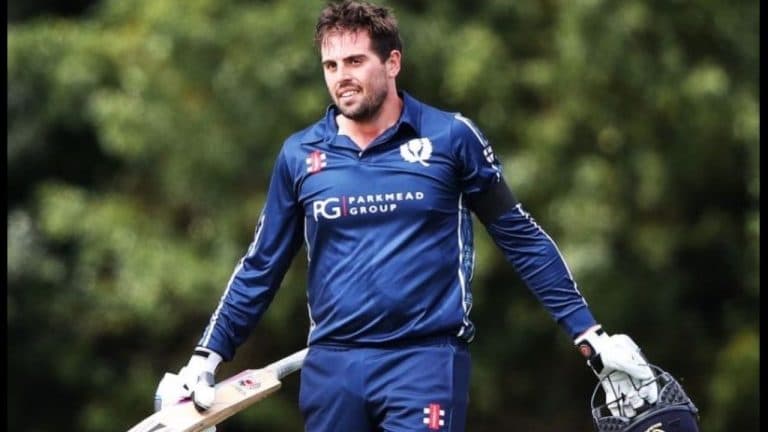 Scotland’s Callum MacLeod has announced his retirement from international cricket. McLeod said in a statement: “After announcing my retirement from the team a few days ago, I’m sitting here wondering what first inspired me and that would be the game of Scotland vs Australia in the 1999 World Cup. “

Earlier in the week by Cricket Scotland. “I remember watching this and thinking ‘this is what I want to do and it kind of lit a fire in me doing everything I could to play for Scotland.

McLeod, 33, made his full international debut in 2008 – although he had debuted a year earlier in ICC route events.

Scots have the second-most runs:-

That included ten centuries – and 1238 runs at 23.80 in T20Is. He has the second most runs for Scotland in ODIs after Kyle Coetzer and is fourth on the list in T20Is.

One of his notable contributions came in 2018 when he scored an unbeaten 140 in Edinburgh to help Scotland beat England in an ODI for the first time.

Also part of the ongoing T20 World Cup in Australia:-

MacLeod was also a part of the ongoing T20 World Cup in Australia and scored 48 runs in three matches in the first round. Scotland started their campaign by troubling the West Indies.

But failed to qualify for the main competition, the Super 12, after losing their next two matches against Ireland and Zimbabwe.

Scotland head coach Shane Burger said: “I am incredibly sad to see the end of his career, especially the way it took us out of the World Cup in the first round because it is not what Callum wanted.