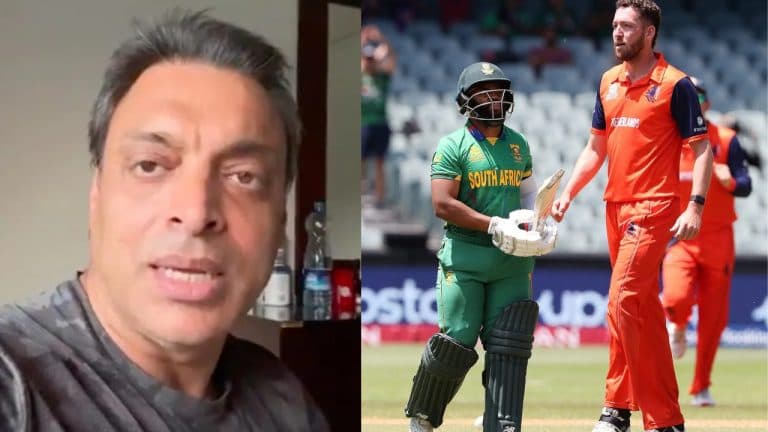 Shoaib Akhtar’s taunt – ‘Thank you… South Africa, you are the biggest choker’

Today was a very good day for the Pakistan cricket team. The good news came for Pakistan early on Sunday that South Africa has lost to the Netherlands. After this, the Pakistani team defeated Bangladesh and managed to reach the semi-finals. Today is really a very special day for the cricket fans of Pakistan. Pakistanis are very excited by the stellar performance of their cricketers, including former fast bowler Shoaib Akhtar (Shoaib Akhtar’s taunt).

‘I have just woken up. Thank you, South Africa. You guys are the biggest chokers because you have given Pakistan one more chance. This is a big favorite. Now the whole of Pakistan wants our players to go on the field and register a win.

The former fast bowler said, ‘I don’t think Pakistan deserved this opportunity after the loss to Zimbabwe, but Pakistan has got a lifeline. It’s a lottery. Bangladesh team plays well but we need this World Cup. We want to see the match against India once again.

Actually, after losing to Zimbabwe in the Super 12 match, the morale of Pakistan’s team had fallen a lot. There was little hope of reaching the semi-finals after winning over Bangladesh. Even if Pakistan won over Bangladesh, it was not enough for them. It was necessary for Pakistan that the Netherlands should do wonders and it happened. The players of the Netherlands defeated a strong team like South Africa on the strength of their excellent performance.