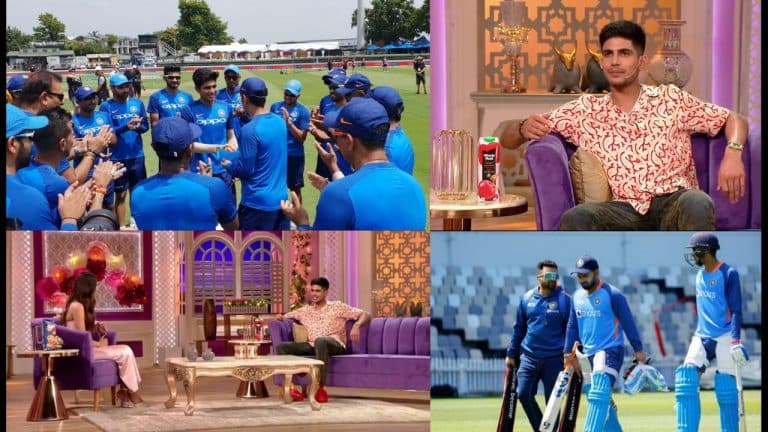 Shubman Gill was Out in The Debut Match, Told How Dhoni Supported Him

IND vs NZ 2nd T20: Shubman Gill was dismissed after scoring 15 runs in the debut match, and told how Dhoni supported him. These days the Indian team is on New Zealand (IND vs NZ) tour.

T20 series of 3 matches to be played against the team:-

Where Team India has to play T20 series of 3 matches against the team captained by Kane Williamson.

Whose first match was canceled due to rain? But now the second match will be played at Bay Oval on Sunday.

But before this match, Shubman Gill, who was included in the T20 and ODI Indian squad, made a big disclosure in an interview about MS Dhoni.

Gill said in an interview given to Sonam Bajwa:-

Shubman Gill said in an interview given to Sonam Bajwa, “The day I made my debut, I got out after scoring 15 runs and sat outside thinking that I made my debut today and got out early.

Then Dhoni’s brother came to me and asked why he was sitting sad. Then they started saying that their debut is better than mine because I got out without opening my account in my debut match.

Shubman Gill further said, “Mahi Bhai again started making fun of me and I was very happy that he supported me like this. Otherwise, no one goes to anyone, what does it mean to them that a new player has come into the team?