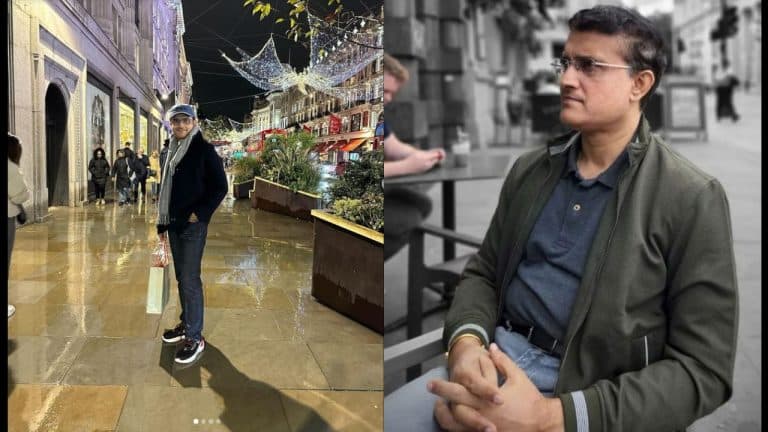 Former BCCI President Sourav Ganguly was seen enjoying the cool evening in the streets of London at this time.

Due to the post of President of BCCI, there was a lot of headlines:-

Till a few days back, he was in limelight due to the post of BCCI President, after which he is now spending his time in London. During this, he has shared some pictures (Sourav Ganguly Pics) on his Instagram.

Sourav Ganguly ends his three-year term as BCCI President. At the same time, former player Roger Binny became the new chairman of the Indian Cricket Board in his place. When Sourav Ganguly stepped down from the post of president, it was very controversial.

Whereas Ganguly is often active on social media. Also, he spends most of his time in London apart from India. He is in London for the last few days.

During this, he shared some pictures. In whose caption he wrote, “Cold misty beautiful evenings, London nights”

Have played, and here are my memories of him. Glad to see the transformation of this club. I want to congratulate them, the facilities have been increased here.

Resigned from the board of directors:-

Sourav Ganguly had resigned from the board of directors of ISL club, ATK-Mohun Bagan in the year 2021.

Sourav Ganguly stepped down from the post of BCCI President this month, after which Roger Bini has been appointed as the new BCCI President, who has taken charge of his post.

Also, it is being said that former BCCI President Sourav Ganguly’s dream of contesting the ICC elections may come true. But he is set to stay on as head of the ICC Cricket Committee.