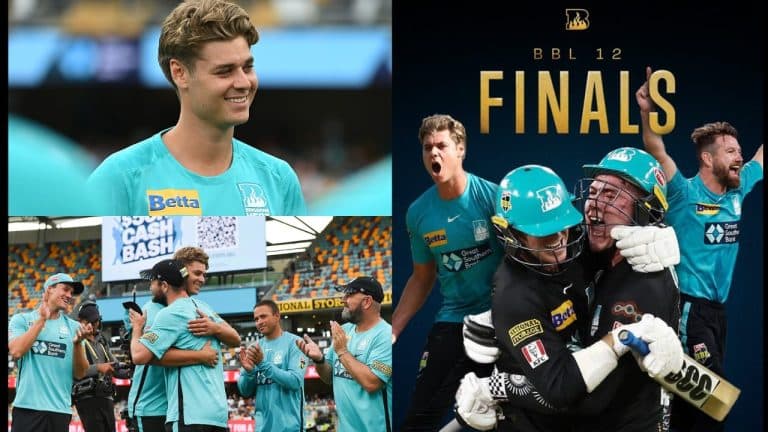 Johnson played only five matches of the KFC BBL:-

Spencer Johnson only played five KFC BBL matches but he’s 27 – so where has he been? Johnson joined the Unplayable Podcast to talk about his career to date.

Bowling in the death overs against the likes of Tim David and Marcus Stoinis, being out for nearly three years due to injury, sporting his fabulous hair, and helping Italy qualify for the 2024 T20 World Cup.

Spencer has a qualification in Horticulture and Turf Management:-

Johnson has qualifications in horticulture and turf management after former Redbacks bowler and SACA grounds manager Trent Kelly took him under his wing.

But now that he’s got a taste of the high life, is he dreaming of more?

“You can’t think like that,” he said of the prospect of a first-class debut or a national call-up.

“I’m really stoked to be out here; it’s amazing to have an opportunity and a great moment for me and my family.”

“I faced him in the first game (in Brisbane’s first-class T20 competition) and I thought, ‘this guy is too good’,” Khawaja said.

“I wasn’t expecting it. The best thing about it is he’s a really nice kid and I’m enjoying having him on the team.”