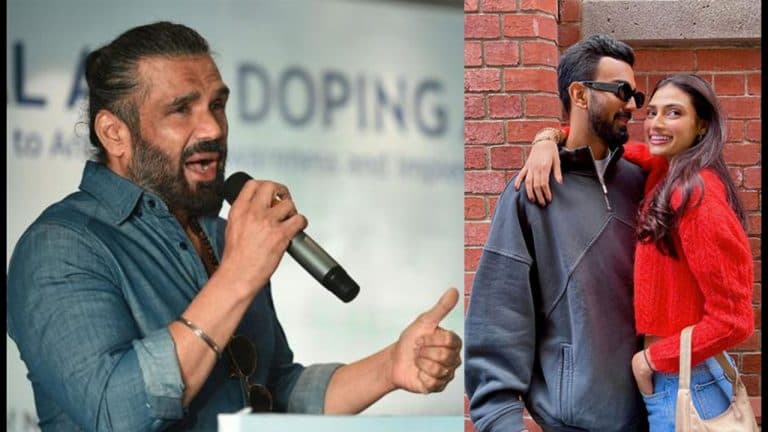 Suniel Shetty Revealed About The Schedule Of Rahul-Athiya

Gave a big statement about his daughter Athiya:-

The news of Athiya Shetty and KL Rahul’s marriage has been doing the rounds for a long time now. Suniel Shetty recently not only confirmed that the wedding will happen soon but also made a big statement about his daughter Athiya.

In an interview given to a news portal, Suniel confirmed that Athiya is going to marry KL Rahul soon. The actor further added that he is mulling over possible dates for the wedding.

The schedules of both Athiya and Rahul have to be kept in mind:-

According to him, he has to keep in mind the schedules of both Athiya and Rahul and plan things accordingly.

Sunil told Hindustan Times that he is hopeful that at the right time everyone will be informed about the wedding in the right way.

When Suniel Shetty was asked about the wedding of KL and Athiya at the launch event of their upcoming OTT series ‘Dharavi Bank’, the evasive actor replied, ‘Soon.’

When asked about Athiya’s marriage:-

Earlier, while speaking with Instant Bollywood, Suniel Shetty had said that ‘the kids (Athiya and KL Rahul) can decide the date after being free from their professional commitments.’

KL Rahul Athiya Shetty Wedding: According to reports, Athiya and Rahul will skip 5-star hotels and get married at Sunil Shetty’s Khandala residence ‘Jahan’. However, no official confirmation has been made yet.