The Big Talk About The Future:-

Now this Pakistan fast bowler has said a big thing about the future of Indian cricket team captain Rohit Sharma and Virat Kohli.

During this, he has said that there is going to be a lot of pressure on both these players in the T20 World Cup 2022.

Shoaib Akhtar believes that, whether the next IPL or T20 World Cup will be the last of these two players or not.

A Disappointed Everyone with His Performance:-

Recently, both Virat Kohli and Rohit Sharma disappointed everyone with their performance in IPL 2022. Both have not done much better with the bat in this season’s IPL.

If we look at the performance of Virat Kohli this season, then he was not very effective. While this batsman scored 341 runs in IPL 2022 while playing for RCB, only 268 runs came off Rohit Sharma’s bat.

Shoaib Akhtar said this about both the batsmen

Shoaib Akhtar: During a media interaction, Shoaib along with Harbhajan Singh made a big statement about Virat Kohli and Rohit Sharma.

Akhtar said everyone will be waiting to know whether this will be the last World Cup or the last IPL of Rohit Sharma and Virat Kohli or not.

But these players are not running in the form at present, due to which there will be a lot of pressure on both of them to return to form.

When you are in the last moments of your career, then a lot of pressure comes on you. 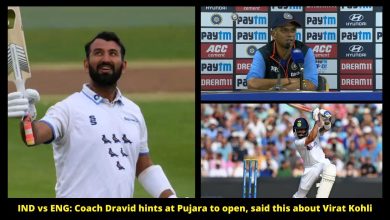