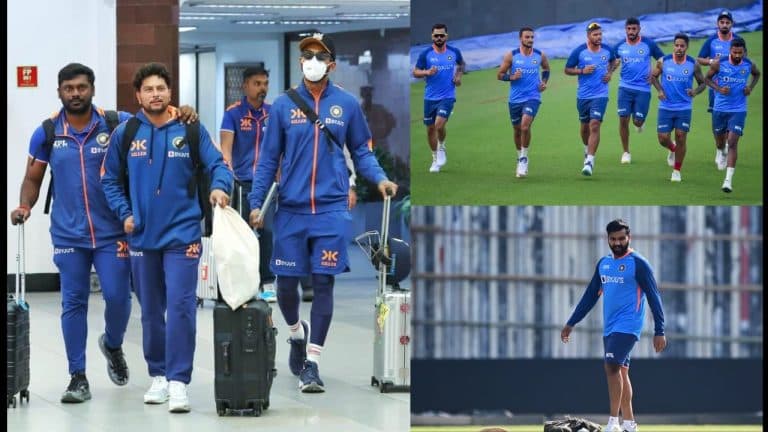 Team India’s Practice in Thiruvananthapuram For The Third ODI

By winning the first two matches, the Indian team has taken an unassailable 2-0 lead in the series. In such a situation, now the team led by Rohit Sharma will be eyeing a clean sweep.

Also read:- Shirtless Virat And Anushka Are Enjoying A Meal Sitting Under A Tree On The Beach

On the other hand, Sri Lanka will try to save their shame in the series by winning this match. The Indian team has reached Thiruvananthapuram from Kolkata yesterday and will practice today.

In the second ODI played at Eden Gardens, Kolkata, India defeated Sri Lanka by 4 wickets to win the series.

There will be no pressure on India to win the series:-

In this match, Rohit Sharma can give place to some new faces in his playing 11, because now there will be no pressure on India to win the series.

Suryakumar Yadav and Ishaan Kishan had to face a lot of resentment for not playing in the ODI series, in such a situation, both of them can also be seen playing in this match.

In the second ODI, Kuldeep Yadav was given a chance in the team instead of Chahal, after which Kuldeep took advantage of this and took three important wickets.

Read more:–  WIPL 2023: MI, CSK, And Defending Champions GT Among Those Bidding For Their Teams in IPL