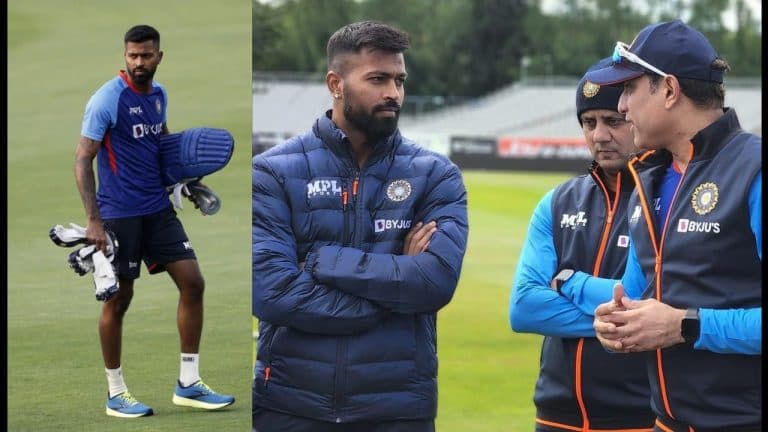 India Tour Of New Zealand: Team India’s practice session led by Hardik Pandya in Wellington. For the first time since the T20 World Cup, the Men in Blue will take the field in Wellington, the capital of New Zealand, today.

Limited overs series to be played in New Zealand from 18 November:-

Team India has to play a limited-overs series against New Zealand (IND vs NZ) from 18 November.

Players like Hardik Pandya, Rishabh Pant, Suryakumar Yadav, and Yuzvendra Chahal will play this series after India’s exit from the T20 World Cup. At the same time, the rest of the team along with coach VVS Laxman will arrive on Monday.

Named the second link team for the series:-

Earlier, India named the second-string squad for the series against New Zealand keeping in mind the white-ball comeback after their embarrassing exit in the T20 World Cup.

Only a handful of players have been named for the WC squad, with Hardik Pandya, Rishabh Pant, Suryakumar Yadav, and Yuzvendra Chahal all touring New Zealand.

After resting for a few days and recovering from the defeat, Hardik & Co will begin their practice for the series starting November 18.

Shikhar Dhawan will take charge for the ODI series:-

India will play three T20Is with Hardik as captain, while Shikhar Dhawan will lead the ODI series.

The support staff led by Dhawan and VVS Laxman will arrive in New Zealand on Monday. Laxman and his staff – Munish Bali, Sairaj Bahule, and Hrishikesh Kantikar will be part of this team in place of Rahul Dravid & Co.

At the same time, it will be a big challenge for Hardik and the rest of the team to coordinate. New Zealand pitches will provide more swing than Australia’s.

Where was the T20 World Cup held? Dhawan and others last played for India back home in October, facing South Africa in a three-match ODI series.