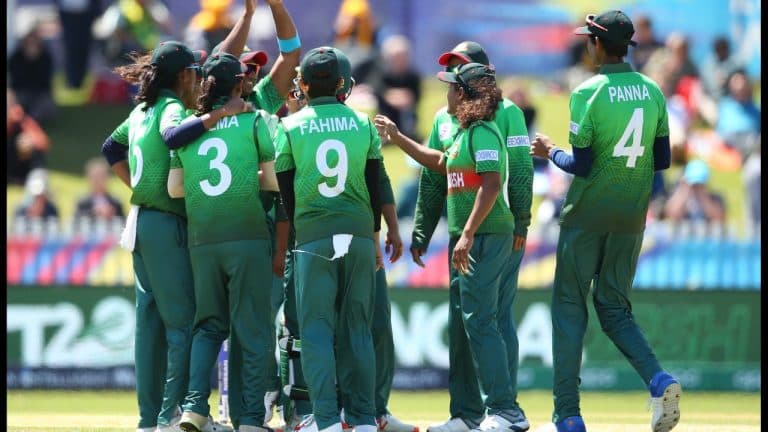 The Several Players to compete in the U19 T20 World Cup:-

Which includes several players currently competing in the U19 T20 World Cup being held in South Africa.

Also read:- Shami was Seen Giving Bowling Tips To Umran By Trying To Control The Line And Length

Shorna Akhtar, Marufa Akhtar, Dilara Akhtar and Disha Biswas will all remain in the country to link up with the senior team at the conclusion of the U19 tournament.

The rest of the players will leave for South Africa on 23 January, with their first match in the tournament scheduled against Sri Lanka on 12 February.

Tigress at a training camp near Cape Town:-

Tigress are scheduled to play two warm-up matches against Ireland during a training camp near Cape Town.

And they also have two official warm-up matches scheduled – against Pakistan in Cape Town on 6 February, and India in Stellenbosch on 8 February.

Bangladesh U19 women stunned Australia in their opening match of the ICC U19 T20 World Cup in South Africa.

thereby giving a huge boost to their chances of progressing to the later stages of the tournament, helping strengthen the claims of several players for selection. in the senior squad.