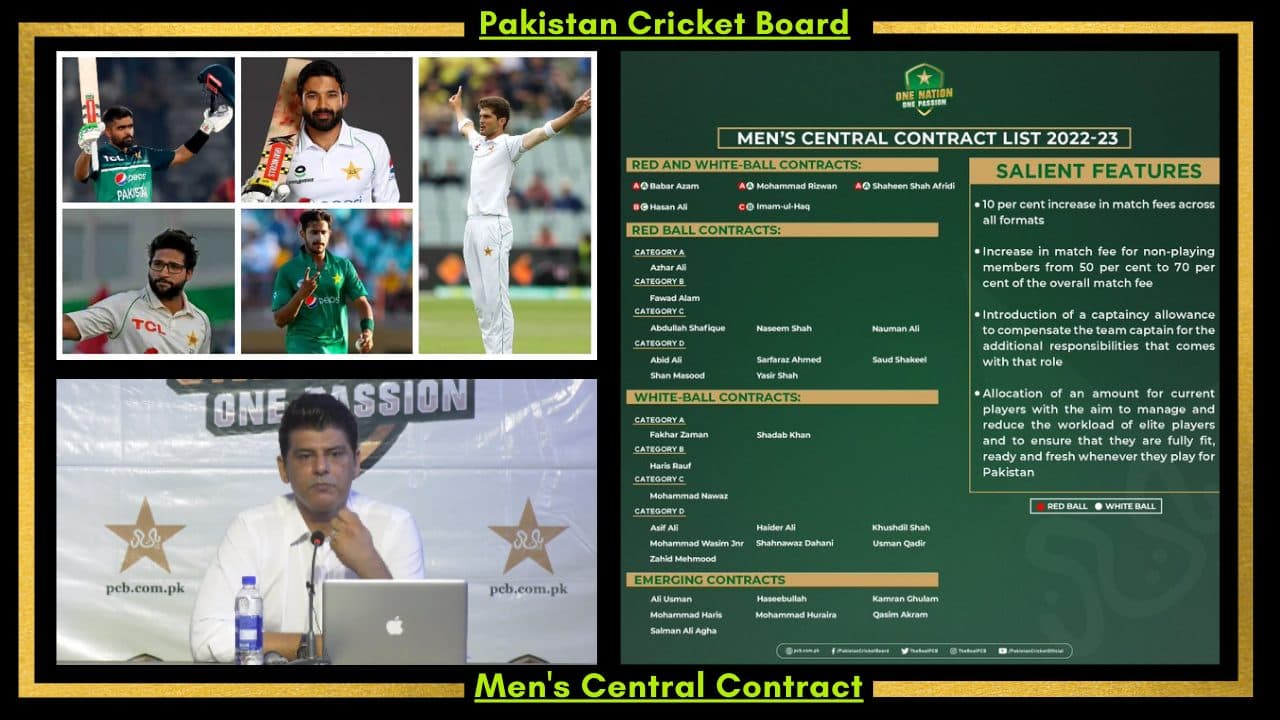 This Agreement will be effective Friday, July 1:-

The Pakistan Cricket Board (PCB) has introduced separate red and white ball contracts. While four more players have been added to the emerging category.

Also read:- KL Rahul Gave An Update On His Fitness And Said- Few Weeks Were Very Difficult For Me

This means a total of 33 players, 13 more than last season, have received contracts for the next 12 months.

Among the 10 players to have received red-ball contracts, Azhar Ali will be promoting to Category A, Abdullah Shafiq. And Naseem Shah has been placed in Category C for the first time. Saud Shakeel, who has been awarded Category D.

Fawad Alam and Nauman Ali Was placing in Category B and C respectively. While Abid Ali, Sarfaraz Ahmed, and Shan Masood. And Yasir Shah was giving Category D contracts.

The inclusion of Sarfaraz Ahmed in central contracts has led many to question. The rationale behind the move when the former captain has not been performing.

The Red and white ball contracts (5):

Read more:-  ENG vs IND: The Selection Committee has Decided That The Senior Players of The Team will be Rested