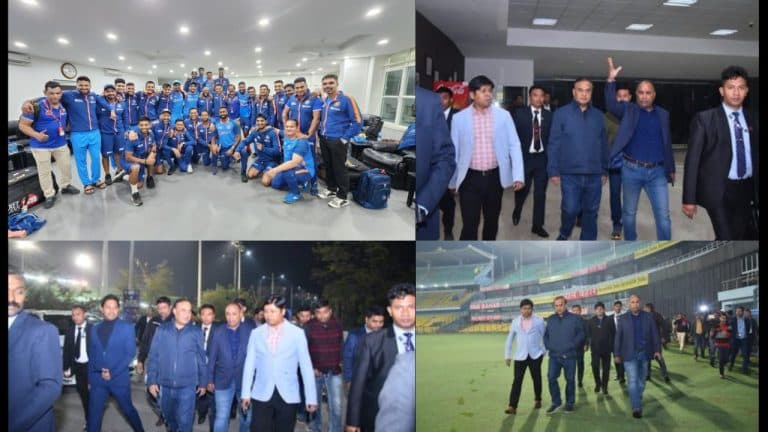 The Assam Cricket Association, which is preparing to host the India-Sri Lanka (IND vs SL) one-day match (IND vs SL 1st ODI) here next week, is using this opportunity to prepare for the World Cup to be held in India at the end of the year. World Cup 2023) to strengthen its claim to host matches. Officials gave this information on Saturday.

Also read:- KKR Team Owner Became A Helper Of Anjali’s Family Who Lost Her Life in A Delhi Accident

The state cricket body is leaving no stone unturned, from following all the standard protocols set by the BCCI (Cricket Board of India) for international matches to taking special steps like setting up ‘green corridors’ in case of any emergency.

Hosted the first ODI of the three-match series between Sri Lanka:-

The ACA Stadium will host the first ODI of the three-match series between India and Sri Lanka on January 10, which will be the first 50-over international match here in four years.

BCCI Joint Secretary Devjit Saikia told PTI, “The BCCI has not finalized the venues for this year’s World Cup. Guwahati are strong contenders and a lot will depend on how the next match goes.”

ACA Stadium is the only international cricket venue in the region:-

He said, “ACA is not the claim of just one state, but of the entire eight northeastern states. The ACA stadium here is the only international cricket venue in the region and people from all over the region are keen to have a World Cup match here.”

ACA President Tarang Gogoi said that we have got to host the 50-over match. This shows that Guwahati can be in the race for the World Cup.

He said, “The BCCI could have handed over the hosting of the T20 International to us as well. But the right to host ODIs is an indication that it wants to test the ACA in the 50-over format.

The last international match at the venue was a T20 International between India and South Africa on October 2 last year.