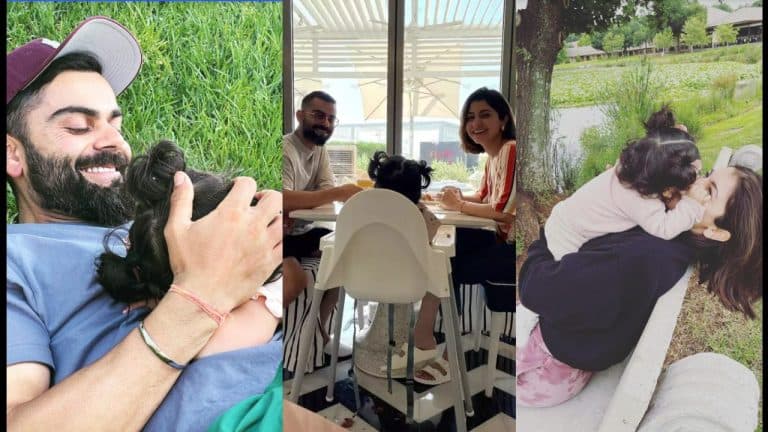 Virat and Anushka (Virat Kohli Daughter) have wished Vamika Birthday on their respective Insta accounts and have also shared a photo with her.

At the same time, Virat Kohli has reached Kolkata for the second match of the ODI series against Sri Lanka (IND vs SL 2nd ODI).

Virat played a brilliant century in the first match against Sri Lanka just a day before his daughter’s birthday.

Virat Kohli and Anushka Sharma have given a cute caption while sharing a photo on Insta on the birthday of their daughter Vamika.

On the other hand, from this caption of Virat and Anushka, it seems that both love their daughter Vamika very much and Vamika is very close to their heart.

On this past of Anushka, the wife. And fiancee of many cricketers have also wished Vamika on her birthday in the comment section.

Dhanashree also congratulated Vamika on her birthday in the comment:-

Sakshi, wife of former Indian captain MS Dhoni, has also given her response. Apart from this, Dhanashree Verma, wife of star spinner Yuji Chahal, has also congratulated Vamika on her birthday in the comment.

Read more:- BCCI Selector On Prithvi Triple Century Said Who Should Replace Him in The Team

On the other hand, Suryakumar Yadav’s wife Devisha Shetty has also given her a response. And star wicketkeeper batsman KL Rahul’s fiancee and Bollywood actress Athiya Shetty have also congratulated Vamika on her birthday. This post of Virat and Anushka is becoming quite viral on social media.