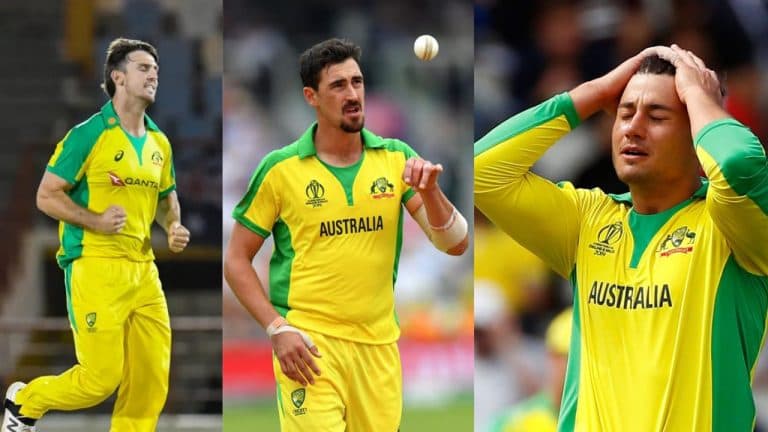 Three key Australian Players have been Ruled Out Due To Injuries For The India Tour, with Starc (knee), Marsh (ankle), and Stoinis (side) ruled out due to injuries. Alice, Sams, and Abbott take their place.

Three key Players out of their upcoming tour of India:-

Australia is not taking any risks ahead of next month’s ICC T20 World Cup, with three key players ruled out of their upcoming tour of India.

Also read:- This Cricketer Made A Big Allegation On MS Dhoni

Veteran pacer Mitch Starc (knee) and leading all-rounders Mitch Marsh (ankle) and Marcus Stoinis (side) will be ruling out of the tour due to injury.

But is expecting to be fitting for Australia’s opening match in the T20 World Cup against New Zealand on October 22.

Ready to fly to India this weekend:-

The fast options coming in the 15-player squad to replace injured players are Nathan Ellis, Daniel Sams, and Sean Abbott, who are setting to fly to India this weekend ahead of the three-match series.

Stoinis loss could pave the way for Tim David on his Australian debut, while veteran batsman Steve Smith could get a chance to bat at the first drop in Marsh’s absence.

With veteran opener David Warner resting for the tour, Australia has the option of partnering Aaron Finch at the top of the order with right-hander Josh Inglis.