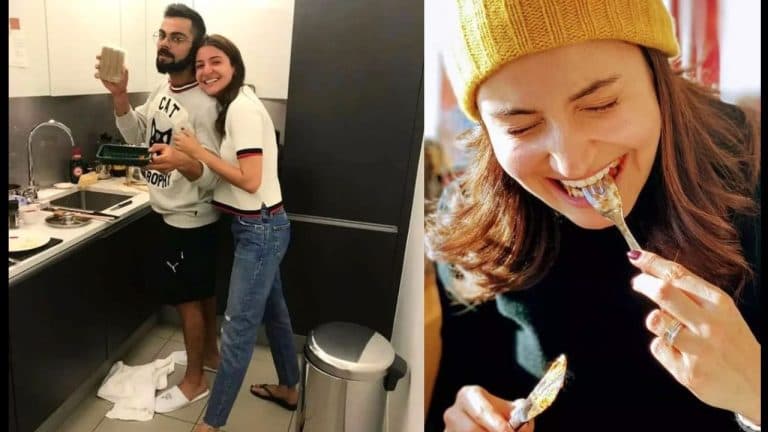 Virat Kohli cooks food for his wife Anushka Sharma, and the picture of the kitchen went viral. These days the Indian team is on a tour of New Zealand (IND vs NZ) and the team has captured the T20 series under the leadership of Hardik Pandya.

Batsman Virat Kohli has been rested:-

Indian team’s veteran batsman Virat Kohli has been rested for the tour of New Zealand. Virat Kohli scored the most runs in the recently concluded T20 World Cup.

After this, Virat Kohli and his wife Anushka Sharma visited Uttarakhand (Virat Anushka Vacation) after the team was out of the semi-finals.

Kohli and Anushka are taking rest these days:-

Virat Kohli and Anushka Sharma are taking rest these days. Meanwhile, many of his pictures are also going viral on social media.

In this episode, a picture of Virat and Anushka’s kitchen is becoming very viral. It can be seen in this picture that Virat Kohli is doing household chores.

Pinkvilla shared this picture on his official insta account. It is written in her caption, ‘Couples who cook together stay together.’

Anushka Sharma is also standing with him:-

It can be seen in the picture that Virat Kohli has a plate in one hand and is cleaning it. Anushka Sharma is also standing with him and both are laughing and looking at the camera.

As soon as this picture came out, the fans commented on this post in their own way. Virat Kohli will now be seen playing in the series against Bangladesh.

Read more:–  Indian Captain Rohit Sharma was seen Sweating It Out in The Gym

India has to play a three-match ODI and two-match Test series against Bangladesh in the month of December.