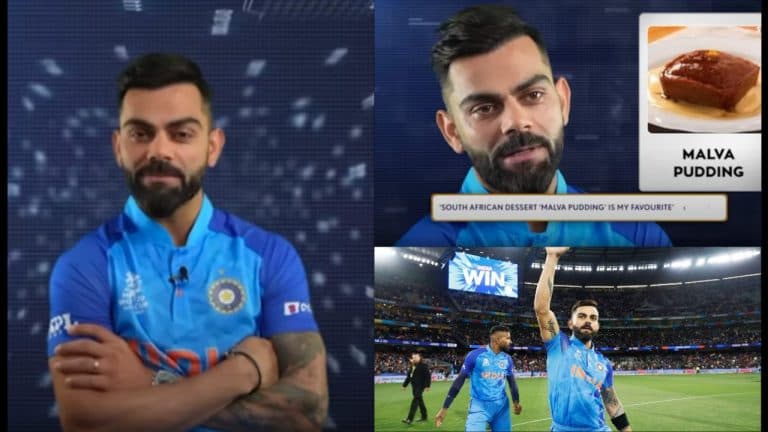 Virat Kohli has been sweating continuously in the gym for 8 years to stay fit. Captain Rohit Sharma and wicket-keeper batsman Rishabh Pant are often trolled for their fitness.

Kings Kohli began his incredible fitness transformation in 2014. He started going to the gym, working out regularly, and taking fitness to a whole different level.

Virat is not only an inspiration for Indian players:-

Kohli is not only an inspiration to Indian players, but he is also a role model for all other cricketers across the world.

He revealed that he looked at himself in the mirror in 2014 and realized that he was a bit chubby.

The former India captain also sat down to introspect about his fitness regime. Kohli cut all unnecessary calories and even turned vegetarian in 2017 to set new fitness goals.

Consistently scoring more than 19 in the YO YO test:-

The great batsman is India’s fittest cricketer by miles and has been consistently scoring 19-plus scores in the YO YO Test. The 34-year-old works out for about six hours, and his weight of 74.5 to 75 is a testament to that fact.

In an interview, he revealed that he loves the South African sweet Malwa Pudding, which was offered to him by Zaheer Khan in Johannesburg.

Whenever Kohli has a craving for sweets, he also eats ragi pudding. He is a humble man, the former India captain also revealed that Viv Richards and Sachin Tendulkar should be given the tag of ‘GOAT’.