The 26-member West Indies cricket team has reached Multan for the ODI series, three ODIs will be played between Pakistan and West Indies at the Multan Cricket Stadium on the 8th, 10th, and 12th of this month.

A warm welcome to a local hotel:-

The West Indies squad landed at the Multan International Airport on Monday afternoon and received a warm welcome at a local hotel.

Also read:- UAE T20 League Schedule: Board has Released The Schedule Of the International League T20

In a video shared by the Pakistan Cricket Board (PCB), West Indies players were welcomed on their arrival in the city.

Ahead of the three-match ODI series, the visiting team will rest before a training session tomorrow. Pakistan will start training today (Monday) after arriving a day earlier.

West Indies are led by their newly appointed captain Nicholas Pooran who will take up his duties as captain in his second international series.

The 50-over World Cup champion the Netherlands:-

The two-time 50-over World Cup champions ended their series in the Netherlands after beating the home team 3–0.

The MCS with a capacity of 25,000 is located on Vehari Road in the suburbs of Multan. The stadium regularly hosts domestic cricket.

The most recent high-profile cricket matches here were the three matches of the Pakistan Super League in February 2020.

This will be the second instance of a West Indies side taking the field in the MCS in ODIs. Both sides last played in the MCS on 13 December 2006.

In which Marlon Samuels scored an unbeaten 100 off 99 balls to secure a seven-wicket win for the tourists.

The stadium has hosted seven ODIs of which Pakistan has won four. In their first ODI in September 2003, Pakistan defeated Bangladesh by 137 runs.

Both sides also played the last ODI at the venue so far, which the hosts won by seven wickets. 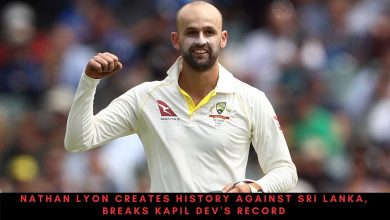