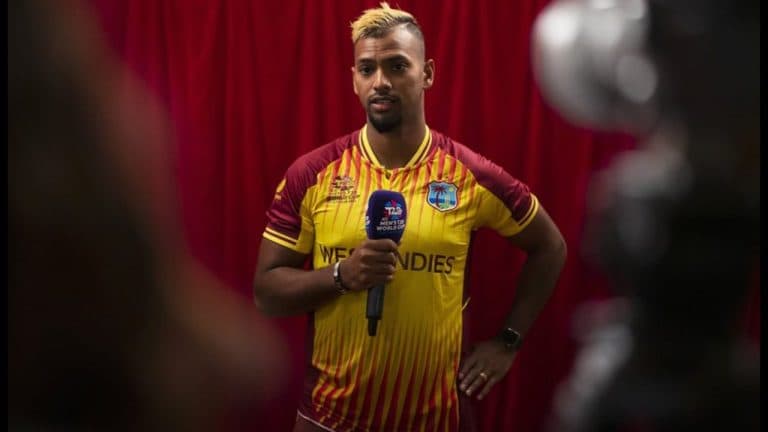 West Indies captain Nicholas Pooran resigns from the captaincy. The result of an early exit of West Indies in the T20 World Cup 2022 is now being seen.

Resignation from the post of captain of the WI T20 and ODI team:-

Nicholas Pooran has resigned as the captain of the West Indies T20 and ODI teams.

At the same time, he has taken this decision after the team was badly out in the T20 World Cup. Earlier, head coach Phil Simmons had also resigned.

The West Indies team was out of the T20 World Cup qualifying stage under Pooran’s captaincy and failed to make it to the Super 12.

Took this role with great pride and dedication:-

During this, Nicholas Pooran said, I have thought a lot about captaincy after the huge disappointment of the T20 World Cup. I have taken up this role with great pride and dedication and have given it my all in the last one year.

The T20 World Cup cannot define us. Will readily get involved in team reviews and will take several months until we reconnect as a team.

I want to give myself time to prepare for the matches against South Africa in March and beyond.”

Earlier, West Indies head coach Phil Simmons had resigned from his post following the poor performance of the Caribbean team.

West Indies is the most successful team in this prestigious tournament with wins in T20 World Cup 2012 and 2016 but this time the team was eliminated from the tournament after group stage defeats against Scotland and Ireland.

The team beat Zimbabwe in the round-robin league but finished last in the four-team group.