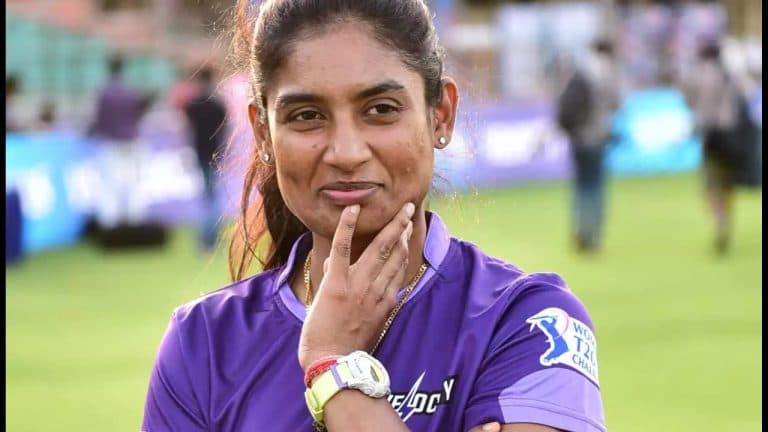 WIPL 2023: Mithali Raj All Set To Come Out Of Retirement For Women’s IPL

WIPL 2023: Mithali Raj is preparing to come out of her retirement for the Women’s IPL. There is good news for the fans of Mithali Raj, the former captain of the Indian Women’s Cricket Team.

Preparing to come out of retirement:-

Mithali Raj is preparing to come out of her retirement for the upcoming Women’s IPL.

Also read:- A Video Of Pakistan Team Captain Babar Azam With His Girlfriend is Going Viral

The women’s IPL is likely to be played from the first week of March. Also, the names of the five teams participating in this league can be released in the last week of January. However, the former captain had already indicated this.

Mithali will Participate in women’s IPL:-

Let me tell you, during a conversation with former England player Isha Guha and former New Zealand off-spinner Frankie McKay on the ICC Cricket Podcast in July 2022, Mithali had indicated coming back from retirement for the IPL.

During that time Mithali had said, “I am keeping that option open, I have not decided yet. However, there are a few more months left in the women’s IPL. It would be great to be a part of the first season of the women’s IPL.”

While retired from international cricket in June 2022 but before that she was playing ODIs and Tests.

If this happens then it will be a matter of double happiness. However, when Jhulan was asked about the women’s IPL, she did not say anything about participating.

At that time the former fast bowler had said, “I have not decided yet. Because the official announcement of Women’s IPL has not been made yet.

We hope that it can come in the coming season. Wait for the official announcement and then I will decide, for the time being I am putting an end to my career in international cricket. I have thoroughly enjoyed every moment.

However, if Mithali and Jhulan will be seen playing in the women’s IPL, then it will not only be a different experience for their fans, but a different craze will be seen in the cricket world.