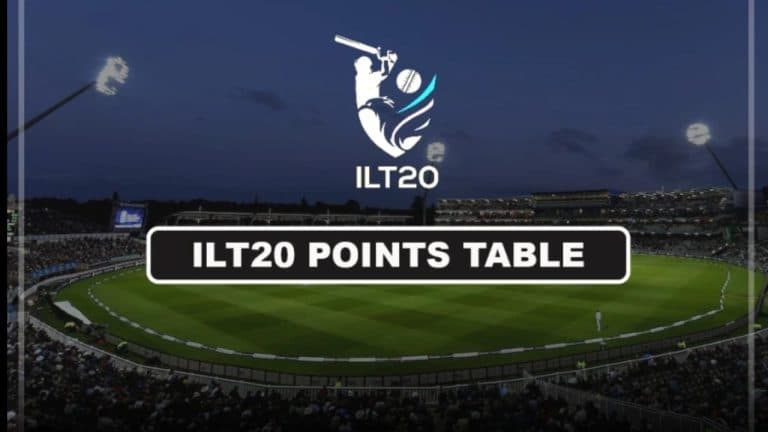 World ILT20 2023: MI Emirate’s Show Of Strength Leads Them To The Top Of The Points Table

DP World ILT20 2023: MI Emirate’s show of strength leads them to the top of the points table. And registered an emphatic six-wicket win over Sharjah Warriors in the sixth match of the DP World ILT20 at the Sharjah Cricket Stadium on Tuesday night.

A lethal onslaught from MI Emirates’ seasoned and experienced bowlers Dwayne Bravo and Imran Tahir, who shared five wickets between them, restricted Sharjah Warriors to 146 for 7 in 20 overs.

Also read:- IND vs AUS Test: Iyer May be Replaced by Sarfaraz in The First Test Against Australia

Thus Sharjah Warriors crashed to their third straight defeat while MI moved to the top of the Emirates points table.

A cameo from Paul Walter (28n.o) took the side to 146 for 7 in 20 overs, but it was another lackluster batting display from Sharjah Warriors.

Kieron Pollard walks away with his team needing 45 off 41 balls. He smashed Noor Ahmed straight down the ground for a six and was dismissed for 19 by Junaid Siddiqui.

Fletcher hit two powerful sixes off Naveen-ul-Haq to seal the victory. And remained unbeaten on 39 off 21 balls with three sixes and a six. boundary.