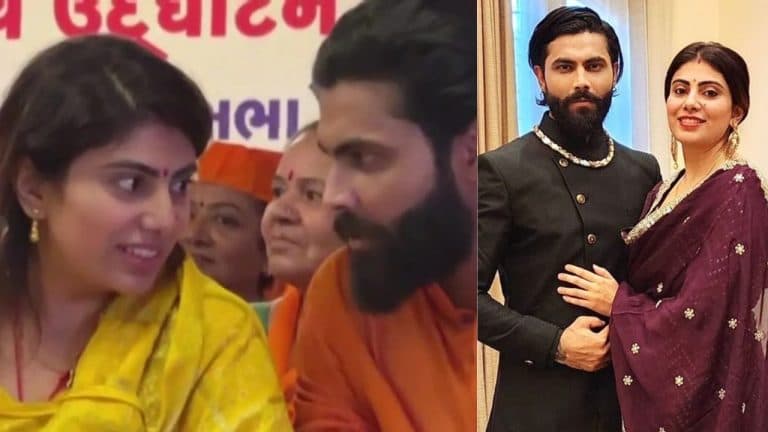 Ravindra Jadeja and Rivaba- Ravindra Jadeja is away from the cricket field but remains in the limelight. The reason for his discussion has been his wife Riva Solanki aka Rivaba Jadeja. Rivaba is contesting the Gujarat Assembly elections (Gujarat Elections 2022) on a BJP ticket. Rivaba and Ravindra Jadeja were married in the year 2016.

Ravindra Jadeja and Rivaba were married on 17 April 2016 in Rajkot and only special family members attended their wedding.

A few days before the wedding, Ravindra Jadeja received an Audi Q7 car gift worth Rs 95 lakh from his in-laws.

Rivaba joined politics after three years of marriage. She joined BJP in the year 2019

Rivaba filed a nomination for the upcoming elections. Rivaba will contest from Jamnagar North.

Talking to media persons, cricketer Jadeja said that this is the (Rivaba Jadeja) first-time MLA candidate and she will learn a lot.

I hope she moves forward in politics. She is of helping nature and always wants to help people and hence joined politics. She wants to follow the path of PM Modi to work for the people,” he said.

Former pacer S Sreesanth joined BJP on 25 March 2016 and contested in Kerala Assembly elections from Thiruvananthapuram. But he lost in the election to Congress leader VS Sivakumar.

No wonder, in the coming days’ former captain Saurav Ganguly join politics as recently West Bengal CM Mamata Banerjee backed him publicly when Ganguly was not given a second term as BCCI chief.