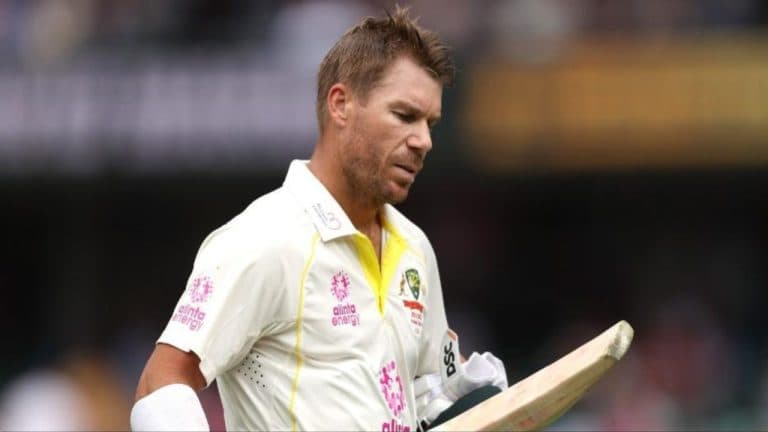 David Warner broke his silence regarding the leadership ban, said this

David Warner: For the first time, Australia’s opener batsman David Warner has reacted to the Lifetime Leadership Ban. On Monday, there was an update from Cricket Australia, under which Australia Cricket is planning to improve its code of conduct, under which players like Warner will be able to apply against their ban.

David Warner said that “I am not a criminal” :-

David Warner said “I’m not a criminal. You should get a right of appeal at some stage. I understand they’ve banned but banning someone for life is a bit harsh.”

Warner will never be able to become the captain of the Australian team due to the lifetime ban :-

Let us tell you that because of this lifetime ban, David Warner could not become the captain of the ODI team of Australia cricket team. He has been banned for life by Cricket Australia for his leadership role in 2018 for his involvement in ball-tampering.

Warner further said on this that “It has been disappointing, it should have been considered earlier. I think it was brought up in February this year. It is painful for me and my family and everyone involved. We don’t need to go back to those things, we don’t need to re-live what happened.

In a press release issued by Cricket Australia it was said:-

In a press release issued by Cricket Australia on Monday, it was said that the application for the review of the Code of Conduct has been accepted and formal approval has also been given, now Warner can apply against his ban.

Earlier, when Australia’s ODI team captain Aaron Finch said goodbye to ODI cricket, there was a lot of discussion about David Warner’s name at that time, but due to this ban, only Pat Cummins was given this responsibility, but now it seems that the workload Cricket Australia is considering this to manage.