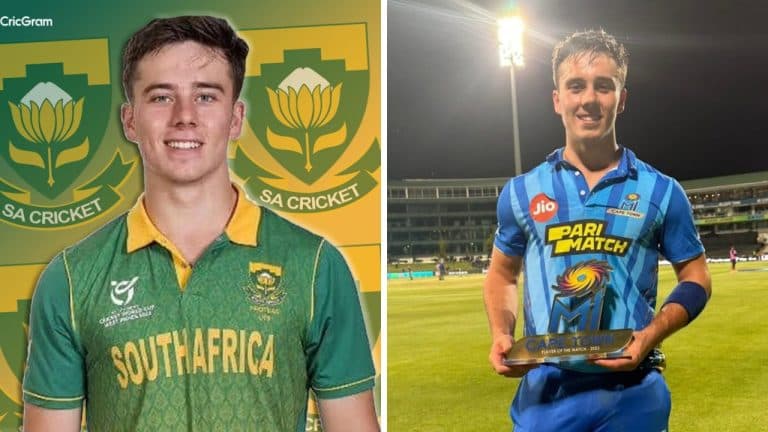 Dewald Brevis scored an unbeaten 41-ball 70 to help MI Cape Town get off to a winning start against Paarl Royals in the first match of the SA20 2023 tournament.

Dewald followed up with a blistering start –

Having restricted Royals to a modest 142/7 despite the half-century from Jos Buttler. And captain David Miller’s 42. Brevis killed the chase with a blistering start and a 90-run opening stand to script a comfortable eight-wicket win, also securing a bonus points

Jofra Archer struck the third over of the Royals’ innings in his opening over when MI invited him to bat first. However, Buttler led the recovery in a 36-run partnership with fellow Englishman Jason Roy. Two quick blows again brought the Royals to 56/3 in the 10th over before Buttler joined hands with Miller.

On the last ball, Morgan was run out –

The pair added 48 runs in 6.1 overs for the fifth wicket to take their team past 100 runs. The opener, however, went clean soon after reaching his half-century after Olly Stone missed a scoop shot off a full toss.

Miller and Eoin Morgan tried to follow up with sixes off Sam Curran in the 18th over, but Archer came back to take consecutive wickets in the 19th over to put the Royals on the backfoot again. Morgan was run out on the last ball, trying to get an extra run, as the Royals ended with 142 on a pitch that was not exactly conducive to shot-making.