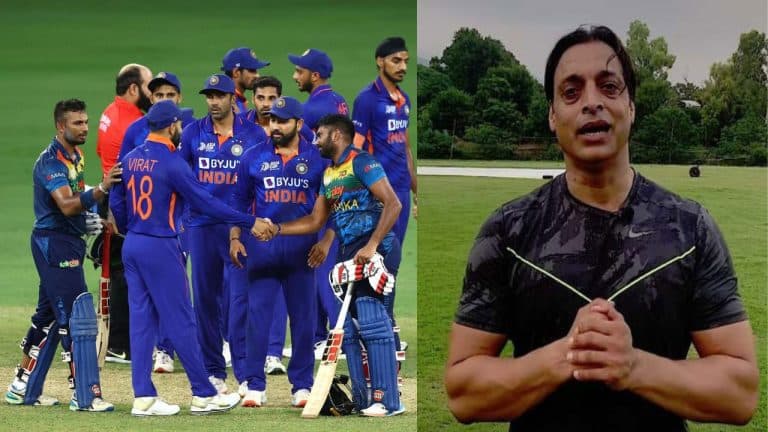 Shoaib Akhtar: Being out of the Asia Cup 2022 before the T20 World Cup like this is a big blow for the Indian team. Team India, which has won the title 7 times, missed out on making it to the finals this time. India entered the Super 4, undefeated in the group stage, but losing the first two matches here, India were knocked out of the race for the final.

After this crushing defeat of Team India, many questions are being raised from the captaincy of Rohit Sharma to the team management. Meanwhile, former Pakistan captain Shoaib Akhtar has termed India’s dismal performance in the Asia Cup as a wake-up call ahead of the T20 World Cup.

Shoaib Akhtar while analyzing India’s performance in Asia Cup said ‘Rohit Sharma looks very uncomfortable, he was seen shouting on the field. India played Ashwin in place of Bishnoi, which shows that there is uncertainty in the team. This is actually a good wake-up call for India ahead of the World Cup.

Despite the good bowling of Bishnoi, he was out of the team “:-

India first suffered a five-wicket defeat at the hands of Pakistan in the Asia Cup 2022 Super 4. Ravi Bishnoi bowled well in this match, but Rohit gave Ashwin a chance in his place in the next match.

The playing XI’s combination started with an injury to Ravindra Jadeja. There was a lot of turmoil in the Indian playing XI after the match against Hong Kong.

Shoaib Akhtar, “India will have to look for the perfect 11 before T20WC” :-

Akhtar further said, ‘I don’t think India played very badly, they didn’t play well, that’s the truth. But only after falling you get up and it can help India in the World Cup.

India should not be disappointed, but they should learn from it. They should find their final playing XI. Rohit Sharma will also have to sharpen his captaincy.