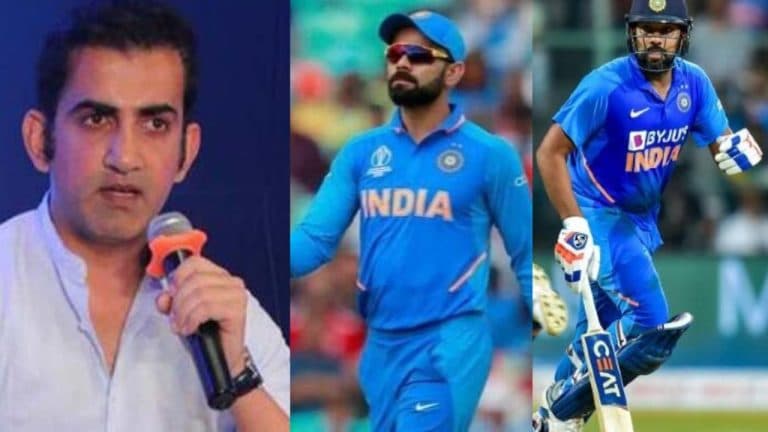 Gambhir about Rohit Sharma: Captain Rohit Sharma has not been able to score a century in international cricket for 52 innings. Former cricketer Gautam Gambhir has targeted Rohit regarding this. Rohit got a good start in the first and third ODI against Sri Lanka, but he could not convert it into a big innings.

Rohit scored 83 runs in 67 balls in the first ODI and 42 runs in 49 balls in the third ODI. Gambhir has criticized Rohit for not being able to score a century.

Gambhir said this in a show after the match :-

Gautam Gambhir said in a show after the match – I think we should treat Rohit the same way we used to treat Virat Kohli when he could not score a century for the last three and a half years. We have to be equally strict with Rohit Sharma because in international cricket 50 innings not getting a century is a long time.

Gambhir said- It is not that you have not been able to score a century in one or two series. His batting hasn’t looked anything special since the last World Cup. Whenever he used to score, he used to score big centuries. He is looking in good form. He is hitting the ball well but he needs to convert it into big

This has been the only thing that has been a problem for Virat and Rohit. Virat got over it, but Rohit Sharma has to get over it before the World Cup. Both the players will be extremely important for India in the World Cup to be held in India this year.

Rohit scored the last century in ODIs on 19 January 2020. Then he played an inning of 119 runs against Australia at the Chinnaswamy Stadium. Since then he has played 11 innings in ODIs.

Also Read:- The FIR Lodged Against Those Who Made Lewd Comments On Dhoni And Virat’s Daughters