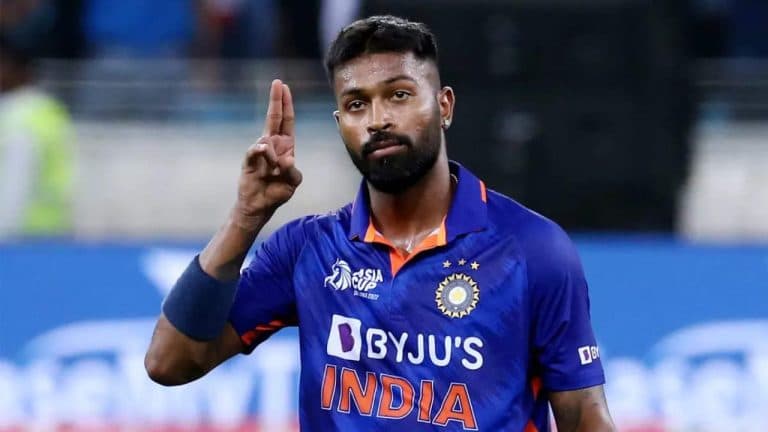 Hardik Pandya: Big statement of former Indian cricketer – If I was a selector, I would have directly made Hardik the captain

Former Indian cricketer K Srikkanth says that if he was the chairman of the selection committee, he would have directly made Hardik Pandya the captain of India and would have started preparations for the 2024 T20 World Cup from the New Zealand tour itself. India’s New Zealand tour will begin from November 18, in which three ODIs and three T20 matches will be played.

In a conversation with a sports channel, Srikkanth, the former chairman of the selection committee, while talking about the T20 World Cup 2024, said, “Look if I was the chairman of the selection committee, I would say that Hardik Pandya should be the captain of the 2024 World Cup directly. From today onwards Start building a team right away. New Zealand series is going to start in a week. You start preparing for the world cup from today. You need to understand that preparation starts two years in advance, so whatever you want to do You can. Experiment and make mistakes. Do whatever you want, try it for a year. Then build a team and by 2023 make sure this team is of the level to play the World Cup “

Srikkanth was accompanied by Irfan Pathan and West Indian legend Ian Bishop. Referring to the two, Srikkanth said “As both Bish (Ian Bishop) and Irfan pointed out, you need more pacey all-rounders. 1983 World Cup, 2011 World Cup and 2007 T20 World Cup, why we won ? We had a lot of pace all-rounders and semi-all-rounders. So, there are going to be more Hoodas like (Deepak) – to identify these guys.”

Hardik Pandya will now lead the Indian team in the T20 series against New Zealand, with Rishabh Pant as the vice-captain. The tour of New Zealand will start from 18 November. There will be three T20s and three ODIs in it.

Also Read: Australia’s David Warner Said in The Statement – ‘I Can Retire From Test Cricket Next Year’

Two captains are necessary in the team

Former Indian fast bowling all-rounder Irfan Pathan said that there should be two good captains in the team. In this situation, if one captain is injured, the other can take the team forward.

Irfan Pathan said “So, I am not saying that if you change the captain then the results change. If you don’t change the attitude then the results will not change. You need to understand, we all need to understand, that Hardik is a fast bowling allrounder. He can also have injury problems. What if he is your captain and gets injured just before the World Cup? If you don’t have another captain ready, you will lose. I Personally think Hardik Pandya is one such leader who has done very well in Gujarat Titians won IPL.You need not one but two captains to step up to make your mark.As we talk We need a set of openers, we need to have a set of captains as well.”

Former West Indies cricketer Ian Bishop said that there is a lot of talent available in India. He said that while building the team, there is a need to look beyond statistics and think more about conditions and tough matches. He said “So, this is where the real selectors show their experience. Look, I still think there player named Mohsin Khan who plays in the IPL. And he is a player who I can also miss , there are many talented players who are still in the country. I think the talent is there to win the World Cup, it’s just a matter of picking the right people at the right time.”