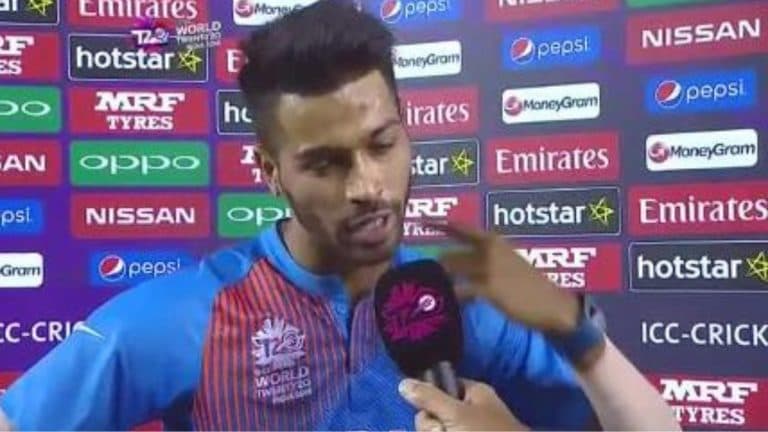 Team India’s star all-rounder Hardik Pandya scored 71 runs in 30 balls in the match played against Australia in Mohali. On the strength of Hardik’s innings, Team India scored 208 runs for six wickets in 20 overs against Australia. In reply, Australia won the match by scoring 211 runs for the loss of six wickets in 19.2 overs. After this match, when Hardik Pandya reached the press conference, his patience was answered in front of a question. The reporter asked what was the turning point of the match and also said whether Harshal Patel’s 18th over was the biggest loss for Team India.

“Tell me, I don’t know, if I had known, I wouldn’t have stopped it, right. Look sir, can’t pinpoint 24-25 runs in an over even on his time, it doesn’t matter. It’s a bilateral series, and There are two matches in which we will try to do something good.” Apart from Axar Patel, no other bowler could impress from India and that is the reason why India had to face defeat in this match.

Australia got off to a good start

Apart from Hardik, KL Rahul scored 55 runs for India, while Suryakumar Yadav scored 46 runs. Nathan Ellis took three wickets for Australia. In reply, Australia got off to a good start. Aaron Finch and Cameron Green gave the team a quick start. At one point Australia’s score was 109 for two, but after that Australia lost four for 123 runs and five for 145 runs. Matthew Wade played a knock of 45 not out off 21 balls and gave Australia a thumping victory.