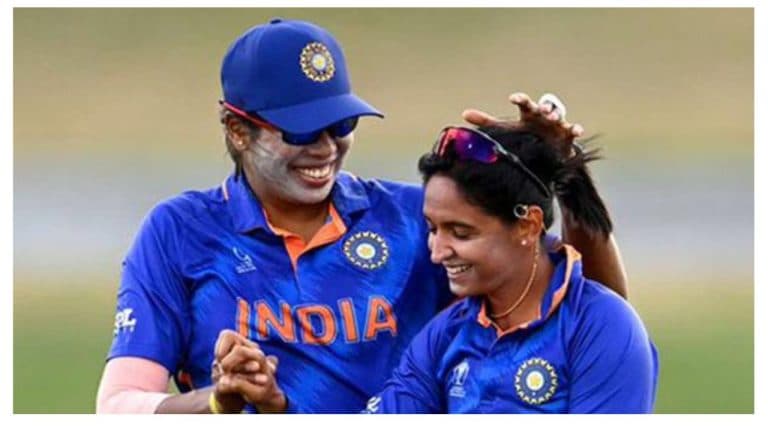 Harmanpreet: The Lord’s game is very special for us because it’s Jhulan’s retirement

Jhulan Goswami is all set to call on the glorious 20 years of his career on Saturday. India captain Harmanpreet said that the third ODI will be very emotional for the team. India has already won the ODIs in the last match of the limited-overs series with two wins from two matches. This will be the first meeting of the two teams at Lord’s since England’s victory in the 2017 World Cup final.

When Harmanpreet made her debut in 2009, Jhulan Goswami was her captain. The current captain felt that the players who have played with him over the years have learned a lot from him and that the current crop of fast bowlers is picking his mind.

Read more: Hardik can never be compared to Stokes, know why former Pakistani cricketer said this

Harmanpreet said, “Lord’s game is very special for us because it is Jhulan’s retirement. And we wanted to enjoy that game without any pressure. And I am really happy that we were able to win today and now we can play that game.” can enjoy.” “It is very important because it will be their last match. It will be a very emotional moment for all of us. And we definitely want to win that game,” he added.

“When you win the first game, the second game is always important. And we always try to finish that game as the winning side. And even today we were only looking at it because we didn’t put any extra on ourselves. Don’t want to take pressure at Lord’s,” said Harmanpreet.

Harmanpreet said, ‘He is someone who has taught us a lot. “She was a leader when I debuted and I have learned a lot from her and now our young bowlers like Renuka [Singh] and Meghna Singh. They are also learning from her. She has been a big inspiration to all of us. And we learned a lot from them.”

Goswami will walk away from the game having played 12 Tests and 68 T20Is, and Saturday’s game will be his 204th ODI. Her 253 wickets in the 50-over format are the best in women’s cricket, with Shabnam Ismail second on the list with 191 scalps.