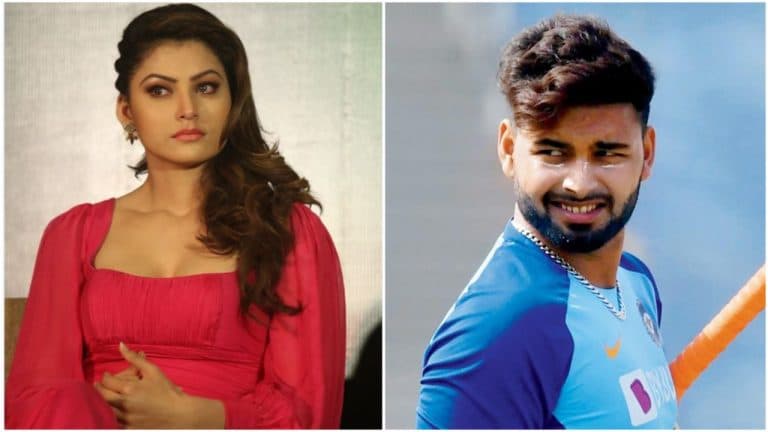 I AM SORRY: Urvashi Rautela Apologizes to Rishabh Pant

The relationship between Team India’s strong wicket-keeper batsman Rishabh Pant and Bollywood actress Urvashi Rautela was discussed for a long time. However, it was always just speculation. After this, during a recent interview, Urvashi Rautela. While addressing the word ‘RP’, said a lot for Rishabh Pant which created a stir on social media. Now a recent video has become viral in which Urvashi Rautela is seen apologizing to Rishabh Pant.

It is worth noting that in an interview which became a topic of discussion. Urvashi was seen saying that RP i.e. Rishabh Pant used to wait for her in the lobby of the hotel. After this she told that when she could not reach there. She later saw that 17 missed calls of Rishabh Pant were lying on her phone. Urvashi told that she was busy shooting and was able to reach the hotel in the night so he asked her to meet him in Mumbai.

Urvashi Rautela was discussed a lot on social media

Apart from this, Urvashi had said that she felt very bad when during an event people were cheering her by taking the name of Rishabh Pant. Because she too has an identity of her own. After all these things, there was a lot of discussion on Urvashi Rautela’s social media. Now a recent video of Instant Bollywood has gone viral in which Urvashi is seen apologizing to Rishabh Pant and saying I AM SORRY.

Recently, Urvashi Rautela was also seen encouraging Team India on the field. Talking about Rishabh Pant, the Asia Cup was very bad for him. Although despite this, he has got a place in the Indian team announced for the T20 World Cup 2022.