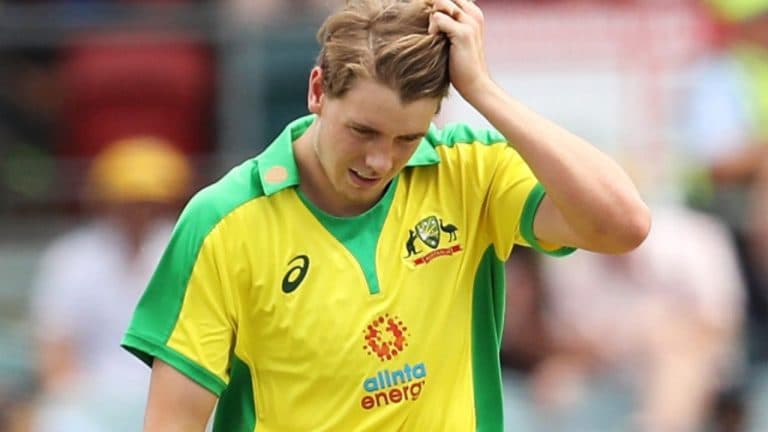 IND vs AUS, 1st 20I: Cameron Green, “Planned by looking at Indian batsmen”

After playing a match-winning innings in the first T20I of the three-match series against India, the all-rounder said that he saw the Indian batsmen play and it gave him an idea to play his innings better.

Cameron Green said this about the Indian team :-

The all-rounder said, “We got a chance to watch Team India’s batting and Hardik must be one of the best, as he does on the field. Glad to see him. It was good to see him bat and it gives us an idea of ​​how to bat while chasing.

Green, who went to open for the first time, was nervous. But he praised Finch, who helped him to keep his mind at the other end of the wicket.

Cameron Green was sent for the first time to open :-

The Australian opener said, “The first time I was sent to the opening, I was a little nervous, but as an experienced player it was better to have someone like Finch, he kept me calm.”

Australia defeated India by four wickets with four balls to spare in the T20I match before Matthew Wade’s unbeaten knock of 45 off 21 balls followed the half-century from Cameron Green (61 runs). The fielding of the Indian team was very disappointing in which the team dropped three catches. Apart from the fielding in this defeat, the bowling was also poor. Except for Axar Patel, everyone conceded runs.

Here is the overview of the entire match:-

Apart from half-centuries from all-rounder Hardik Pandya (71 not out) and opener KL Rahul (55 runs). Suryakumar Yadav (46 runs) helped India post a massive total of 208 for six after invited to bat.

Australia scored 211 for six in 19.2 overs with the help of a half-century from Cameron Green. 35 runs from Steve Smith and finally an unbeaten 45 off 21 balls with six fours and two sixes from Wade to win the series 1-0 in a four-wicket win. took the lead. Tim David scored 18 runs in the debut match for Australia.