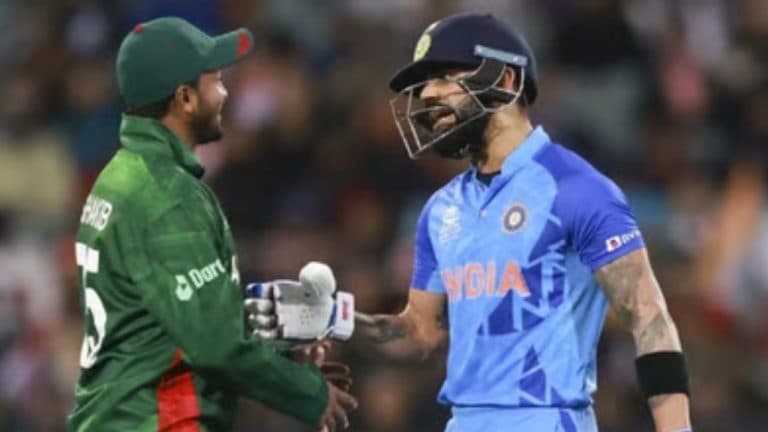 The Bangladesh Cricket Board has made changes in the schedule of the ODI series against India next month. He has snatched the hosting of the third ODI from Dhaka. This match will now be played in Chittagong. In fact, on December 10 itself, the opposition party in Bangladesh is going to protest. After his announcement, there is apprehension that disturbances may arise in Dhaka on that day.

Test series will start on 14 December

The first match of the Test series starting on December 14 will also be played in Chittagong. After that both the teams will come back to Dhaka. The second and last Test match will be held there from 22 to 26 December. Shifting the match from Dhaka to Chittagong will not affect the Bangladesh Nationalist Party (BPN) rally.

The Bangladesh Nationalist Party has been demonstrating continuously for the last few days to remove the government of Prime Minister Sheikh Hasina. It had organized several demonstrations last month. Bangladesh Cricket Board’s head of operations Jalal Yunus said, “Chittagong was originally supposed to host a Test, but we feel the ground should host an ODI as well.

Talking about the Test record between India and Bangladesh, 11 matches have been played between the two teams so far. During this, Team India has won nine Tests. At the same time, two matches have been drawn. Both the teams have faced each other 36 times in ODIs. India has won 30 matches. Bangladesh has got success in five. One match did not result.