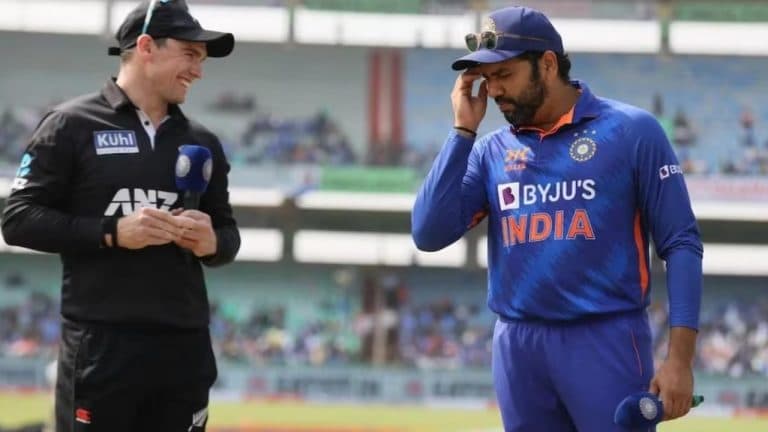 IND vs NZ, 3rd ODI: India will Complete ‘hat-trick’ After Just a win over New Zealand

The 3 ODI series being played between India and New Zealand is now at its last stage. The third and last match will be played in Indore today. By winning the first 2 matches, India has sealed the series. Just looking at the clean sweep. At the same time, New Zealand, who recently lost the status of ODI’s number-1 team, will try to save credibility and the visiting team will keep an eye on whether the 13-year-old wounds should not heal again.

If Rohit Sharma’s team India defeats New Zealand in the third ODI to be played in Indore, then it will happen after 13 years, when the Indian team will clean sweep New Zealand completely in ODIs. With this, India’s hat-trick of clean sweep on New Zealand will be completed.

India is ahead 2-0 in the current ODI series. The hat-trick of clean sweep will be completed as soon as New Zealand is defeated in Indore. India won the first ODI in Hyderabad by 12 runs. At the same time, Raipur ODI was named by 8 wickets.

This has happened 5 times since the ODI rankings started in October 2002, when the number-1 team faced a clean sweep in a series of 3 or more matches. If New Zealand loses in Indore, it will happen for the sixth time.