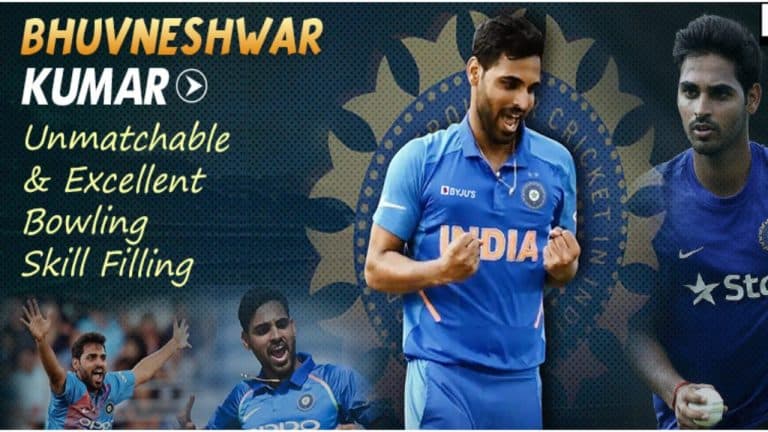 IND vs NZ: Bhuvneshwar Kumar is just 4 wickets away from breaking the world record

IND vs NZ: Fast bowler Bhuvneshwar Kumar is on the verge of breaking the world record in the T20I series between India and New Zealand. Hardik Pandya-led Team India will take on Kane Williamson’s New Zealand in the first match of the T20I series at the Sky Stadium in Wellington on Friday. If Bhuvneshwar manages to take four wickets in the T20 series, he will break the world record.

Also Read:- IPL 2023: 5 Released Players who can earn more than 5 crores in the auction

In the absence of fast bowler Jasprit Bumrah, senior fast bowler Bhuvneshwar Kumar is leading the bowling of Team India. In his first overseas tour after the T20 World Cup 2022, Bhuvneshwar can try to register his name in the T20I record bookjsaprit s.

Ireland’s Joshua Brian Little holds the record for most wickets in a calendar year. The Irish bowler has taken 39 wickets in 26 matches this year. Indian fast bowler Bhuvneshwar has taken 36 wickets in 30 matches in 2022. Earlier, Indian pacer Bhuvneshwar became India’s all-time leading wicket-taker in the shortest format in the T20 World Cup.

He needs only four wickets to achieve the big feat in T20I cricket. He will become the highest wicket-taker in the calendar year as soon as he takes all four wickets.

Bhuvneshwar Kumar has 89 wickets. Bhuvneshwar has played 85 matches for Team India in T20I cricket. Bhuvi made his T20I debut in 2012 against Pakistan at the M Chinnaswamy Stadium.