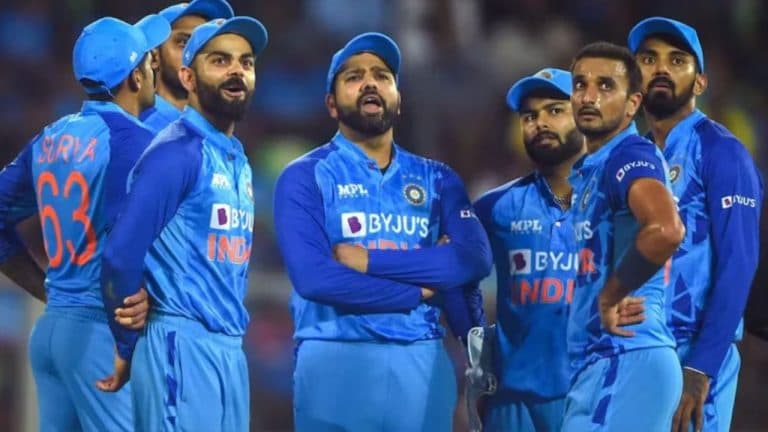 IND vs NZ ODI Series: In the first match of the three-match ODI series between Team India and New Zealand (IND vs NZ), Team India was defeated by 12 runs. Team India may have started the series with a win. But in the meantime the ICC has given a big blow to the Indian team. Team India fined 60 percent of the match fee for slow over rate.

The first match of the series between the two teams played at the Rajiv Gandhi International Stadium in Hyderabad. Javagal Srinath of the Emirates ICC Elite Panel of Match Referees declared India three overs short of their target. In accordance with Article 2.22 of the ICC Code of Conduct for players and player support personnel. Which deals with minimum over-rate offences. Players are fined 20 per cent of their match fee for each over their team fails to bowl in stipulated time. fails.

India’s captain Rohit Sharma convicted of the offence. For which he pleaded guilty, so there was no need for a formal hearing. The allegation made by on-field umpires Anil Chaudhary and Nitin Menon, third umpire KN Ananthapadmanabhan and fourth umpire Jayaraman Madangopal.

Team India ahead 1-0 in the series

In the first match of the series between the two teams, Team India won the toss and batted first. Batting first, on the basis of Shubman Gill’s innings of 208 runs. Team India scored 349 runs at the loss of 8 wickets in 50 overs. In response to this target, the New Zealand team also batted brilliantly. But they were all out after scoring 337 runs in 49.2 overs. Michael Bracewell scored the highest 140 runs from New Zealand.